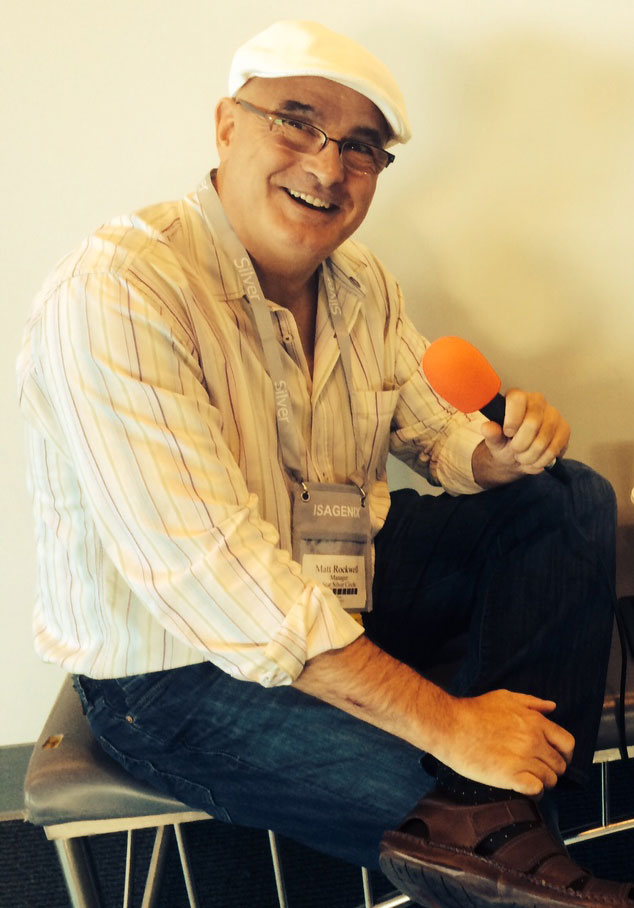 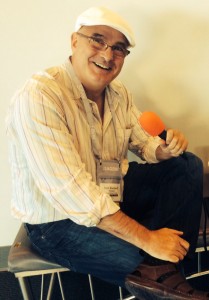 Matt Rockwell is a buddy of mine from the network marketing company I’m in,  Isagenix. Prior to Isa, he was in the corporate of corporatest jobs, the US Healthcare system.  This was a great chat…despite the fact that we never got into pro/audiophile sound systems, Matt dropped knowledge bombs all over the place…especially if you’re in the direct sales world!

Matt had made his millions in the corporate world before repeating that task within Isagenix…he was one of the first millionaires of the company.  Despite that, he’s one of the most humble down to earth dudes you’ll ever meet.

We talked meditation, the history of the HMO system, the #1 strategy for direct sales success, and a bunch more in the 155th edition of The Solopreneur Hour.

Matt spent 12 years in the Navy before entering the corporate world as an electrical engineer. Throughout his corporate journey his work played a role in the creation of many systems and structures, including the HMO system (HMO stands for health maintenance organization).

He made a success of his corporate life and reached a point where he was set financially. Not being one to sit around idly, Matt worked as a consult which meant long hours of travel and always being “on”. The stress level was fairly high, but it was something he had grown accustomed to.

When his wife was diagnosed with a terminal illness after nearly 30 years of marriage, all of that changed. He chose to be a care provider for her, which was completely incompatible with traveling for his consulting work. He poured all of his heart, his time and his energy into being there for his wife. In a short period of time, he put on a lot of weight and added a tremendous amount of stress.

His health was in the pits, until a friend brought him a box of something and told him he was going to eat it. Trusting his friend, Matt ate the products in the box and saw amazing results. He lost 60 pounds, decreased the impact of stress on his body and felt great. Because the products had proven themselves, Matt was intrigued to better understand the business model behind the company. He knew it was network marketing and as he researched, his eyes were opened to the business model. Being the engineer he is, he dove further into research mode until he ultimately decided to start his own business with Isagenix.

That was nearly 12 years ago and Matt has been and continues to be a leader with the company. As he’s grown his business, he’s discovered quite a lot along the way. We discuss a few of those nuggets in this episode, including what it really takes to move the needle in the direct selling industry.

We start off talking about the role of meditation and Buddhism in his life and his success. Matt has been a practicing Buddhist and a meditator for 25 years. He typically meditates for 30-60 minutes (or more) twice a day and he goes off to month-long retreats once a year. If you’re interested in meditation, he suggests finding a beginner group to join and learning together. There’s power in learning something new with a group in the same boat you are in. Much like a mastermind, you’re learning things and growing together.

Along that same line, Matt believes in self development, but not as the key to success in network marketing. He says the simple truth in the direct sales industry is this:  your paycheck boils down to the newest additions in your business. It’s the opposite of the corporate world but the lesson applies to solopreneurs. For example, if you have a podcast and you want to boost its ratings in iTunes, you need subscriptions from new people.

Another nugget to take away is how Isagenix’s business is growing 12 years later still using the same products. While your business may not have products  – or even if it does – the lesson remains: build a strong foundation based on what people want and your company will continue to grow throughout the years. You’ll always be adding and tweaking things, Isagenix does, but if your foundation is solid you won’t have to reinvent the wheel later on.

It was so fun to catch up with Matt, I can’t wait to have him back on to talk all things audio. Please join me in thanking Mr. Golden Ears himself for sharing his knowledge bombs, and his keen insights with all of us on the 155th episode of The Solopreneur Hour. Leave a comment below or send a Tweet and let us know what you enjoyed most about the show. See you next time!