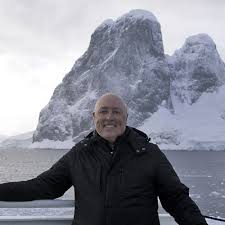 One of the greatest benefits solopreneurs enjoy is freedom. On this show we always talk about the three pillars of freedom for solopreneurs: time freedom, location freedom and financial freedom. In today’s episode of The Solopreneur Hour, our co-host Gary Arndt talks about location freedom. Gary is a world traveler and photographer who simply decided one day he was going to travel around the globe!

On show 158, Gary and I chat about what he was doing before he made travel his career, how he makes a living as a globetrotter and what it’s been like to spend 7 years without a home.

So often as solopreneurs one of the side benefits we enjoy is being able to work wherever we want. If you’re wanting to fully explore the possibilities of location freedom, heed what Gary talks about on this show. One of the reasons I wanted to have him on was because he’s been able to travel for the last 7 years, with no home base. He’s gone to over 140 countries and has seen things most of us have on our bucket list.

But Gary didn’t always have the travel bug. He was a typical entrepreneur/solopreneur before traveling became a way of life for him. His former college roommate was one of the originators of Adobe Cold Fusion (the web application development platform) and Gary became one of the first Cold Fusion developers. Before long, Gary had more business than he could handle and he began building a team. Eventually he had 50 people working for him.

In 1998, he sold the company and was fortunate to do so before the market tanked. He next bought a network of video game sites that was going under. Within a few years, Gary had turned it into a highly profitable business making multiple six figures a month in revenue. Unfortunately, he wasn’t so lucky this time and the market crashed.

Not sure what to do next, he considered going back to school and eventually did. He spent two years in Minnesota studying geology and geophysics. Studying that would come in handy shortly after when Gary decided he was going to travel the world.

Never being one to avoid risk, he went full force into planning mode and prepared his life to become completely location-independent. Gary sold his house, he kept his car in his mom’s garage and basically got his belongings and lifestyle down to a minimalist level. Within 1.5 years, he was off on his adventures.

That was 7 years ago! Since then, he’s been to the Cook Islands, Easter Island, all over Southeast Asia, Trinidad/Tobago, Europe, Scandinavia; nearly anywhere you can think of, Gary’s been there and many points you’ve never heard of. And in those 7 years and countless destinations, Gary took up photography. He’s taught himself how to take great photographs (check out his Instagram feed, it’s linked below) and how to run a successful web site while on the road.

It hasn’t been easy. In fact, it took awhile before Gary’s site was seeing the kind of traffic that would generate income. The deciding factor that grew his site? Gary’s decision it would be so. After about 9 months, he made the choice to hunker down and find out how to create a well-trafficked web site. No one was doing it at the time so he looked to the success of travel magazines for inspiration and found it!

As Gary points out on this show, social media is highly visual and he’s been able to capitalize on the incredible photographs he takes; in fact, he he has published a photograph every day since November of 2007! His primary way to provide content is through his photographs.

Today Gary continues to explore the world and extrapolate lessons for all of us, which he generously shares with us here. We talk about how to get started as a beginner traveler, how to navigate the world even if you only speak English (Gary is only fluent in English), and why we’re so woefully equipped to travel by train in the US and Canada.

Please join me in thanking Gary for being here and giving us great tips on how to make travel a part of our lives. It was a pleasure to have him on the 158th episode of The Solopreneur Hour, I hope you enjoyed the show. Leave a comment or send a Tweet and let us know. See you next time!