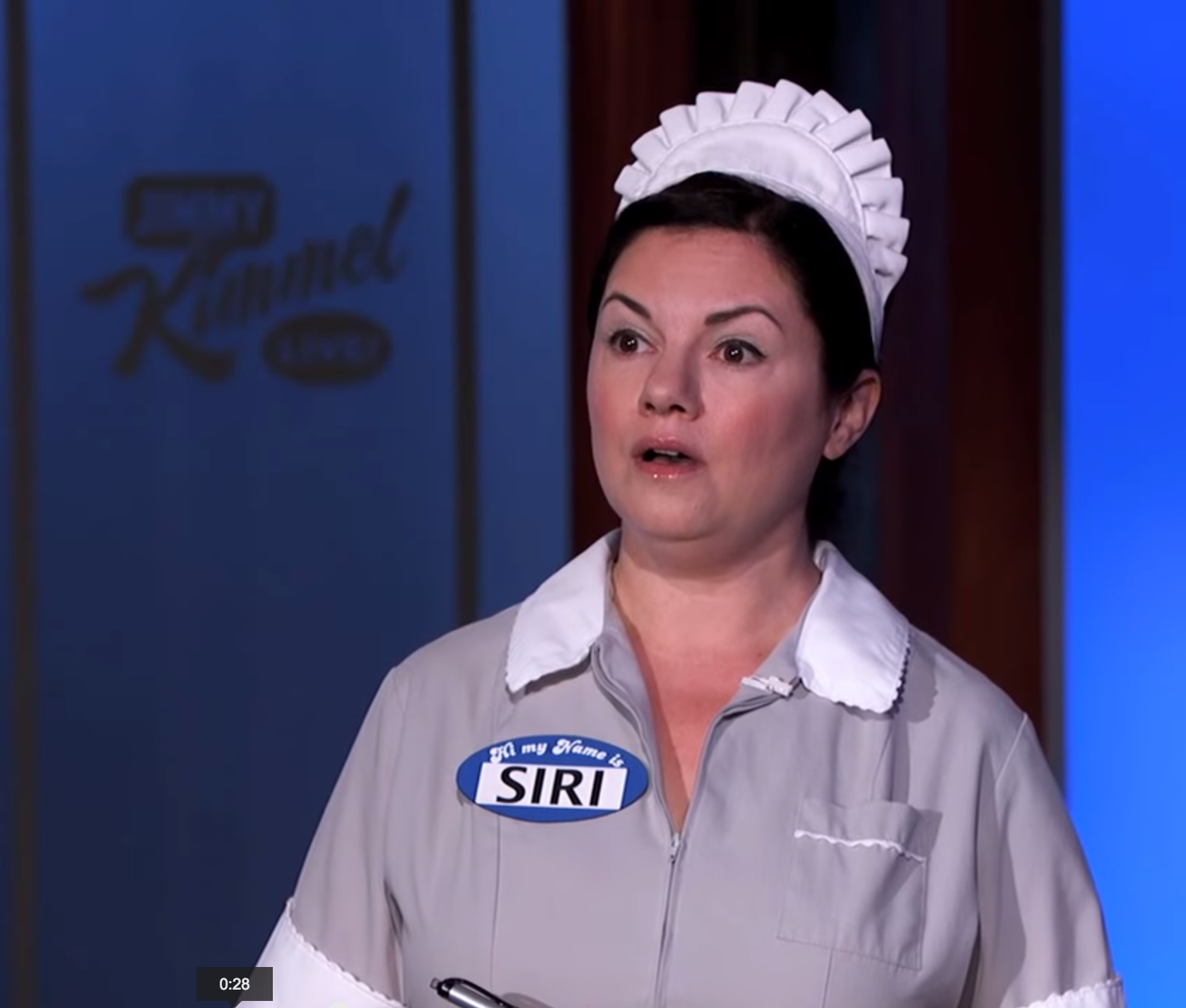 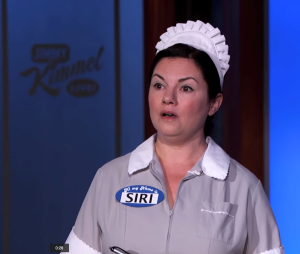 Returning for episode 175 of The Solopreneur Hour is our friend and co-host, the fantastically talented voiceover artist Ms. Anna Vocino.

While I always love having co-hosts return, today’s episode with Anna is extra special. Last week, Jimmy Kimmel LIVE did a funny skit: “If SIRI Was a Waitress”.  A friend of mine sent it to me, and the first thing I said was “Holy Sh*t, that’s Anna Vocino as Siri!”.  I had to dig into how that happened, and how one gets a gig on live TV with Jimmy Kimmel.  Tune in to check it out on the 175th edition of The Solopreneur Hour!

For those of you who haven’t heard Anna on the show before, listen to her previous episodes here. Anna is a professional voiceover artist and actress living in Los Angeles. We met through our mutual friend Abel James at NMX in 2014. Anna co-hosts a podcast with another friend of the show Mr. Vinnie Tortorich. Vinnie was also there the night I met Anna.

Since then we’ve been on each other’s shows and become friends. She joins us today to talk about how she got involved with the Jimmy Kimmel Show and the now-viral Siri as a waitress skit. We also chat about her experience becoming the voice for ABC’s TGIT (Thank God It’s Thursday) promotions, her take on the gender disparity in the voiceover world and the parallels between rebuilding my Porsche and being a solopreneur.

On the subject of her skit on Jimmy Kimmel, Anna says she originally turned down the part! And she did so strictly out of fear. She was terrified to do the skit live; shortly after she said no the show contacted her again and said she was the only one who could do it and they needed her. She agreed and the project was a go. She called her husband (who was a writer on the show until May of 2014) and he walked her through the process and calmed her nerves a bit.

But she didn’t tell anyone else after she talked to her husband; years of experience in the industry have taught her that projects don’t always work out the way you think. Sometimes things get shelved, they get cut, they go horribly wrong or they’re awesome and go viral; but you never know what the results are until the project is actually out in the public domain. But this skit did go viral and Anna’s been all over the Interwebs as Siri!

She says the Siri viral experience hasn’t changed things much for her though; it’s still business as usual in her household. And one of those business as usual pieces is her voiceover work for ABC. This is a gig she had worked on the previous summer and continues to work on, she does anywhere from 1-4 voiceovers for ABC and their promotions for their Thursday night TV shows.

But not only is it a household TV network that she’s on, by landing this gig she has become one of the first female voiceovers for a network. Pay attention the next time you’re watching TV and an ad comes on for upcoming episodes of a show, you’ll most likely hear a man doing the voiceover work.

Gender disparity is just one of the difficult aspects of being a voiceover artist, she says you can also be aged-out. As you age, so does your voice and you can be told you’re too old for parts. On top of being rejected for those reasons, voiceover artists also face just regular old rejection. To make it in the voiceover world you must consistently hustle for work. It is definitely a solopreneurial world: you need to grind it out day after day despite rejection, you need a real passion for what you’re doing in order to be successful and it takes a different mindset.

Another topic we discuss is the correlation between being a solopreneur and the work I’m doing on my Porsche. The weekend of Halloween there’s a vintage car tour called Targa California. It’s a three day driving event through the Mexican Riviera in your vintage car.  The car has to be a car made before 1975 so I’m taking the Porsche. In order to get it into its ultimate driving shape for the event, I have to do some major overhauls.

Because of my trip to San Francisco for Creative Live and my potential trip to Pittsburgh over my birthday weekend, I don’t have a lot of time to get it done. But that’s the beauty of being a solopreneur: I can and will be adjusting my schedule and making the time needed to do the work on this passion project of mine. If I had a regular job I couldn’t do that. It’s important to create that lifestyle for ourselves where we can take time to do the things we love.

And one of the things I love to do is to thank our guests for being with us. Please join me in thanking Anna for being on the show again, she’s always a bucketful of laughs and sheds more light on the Hollywood scene for us. Thank you for being here Anna and thanks to all of you for listening in. We’ll see you next time!