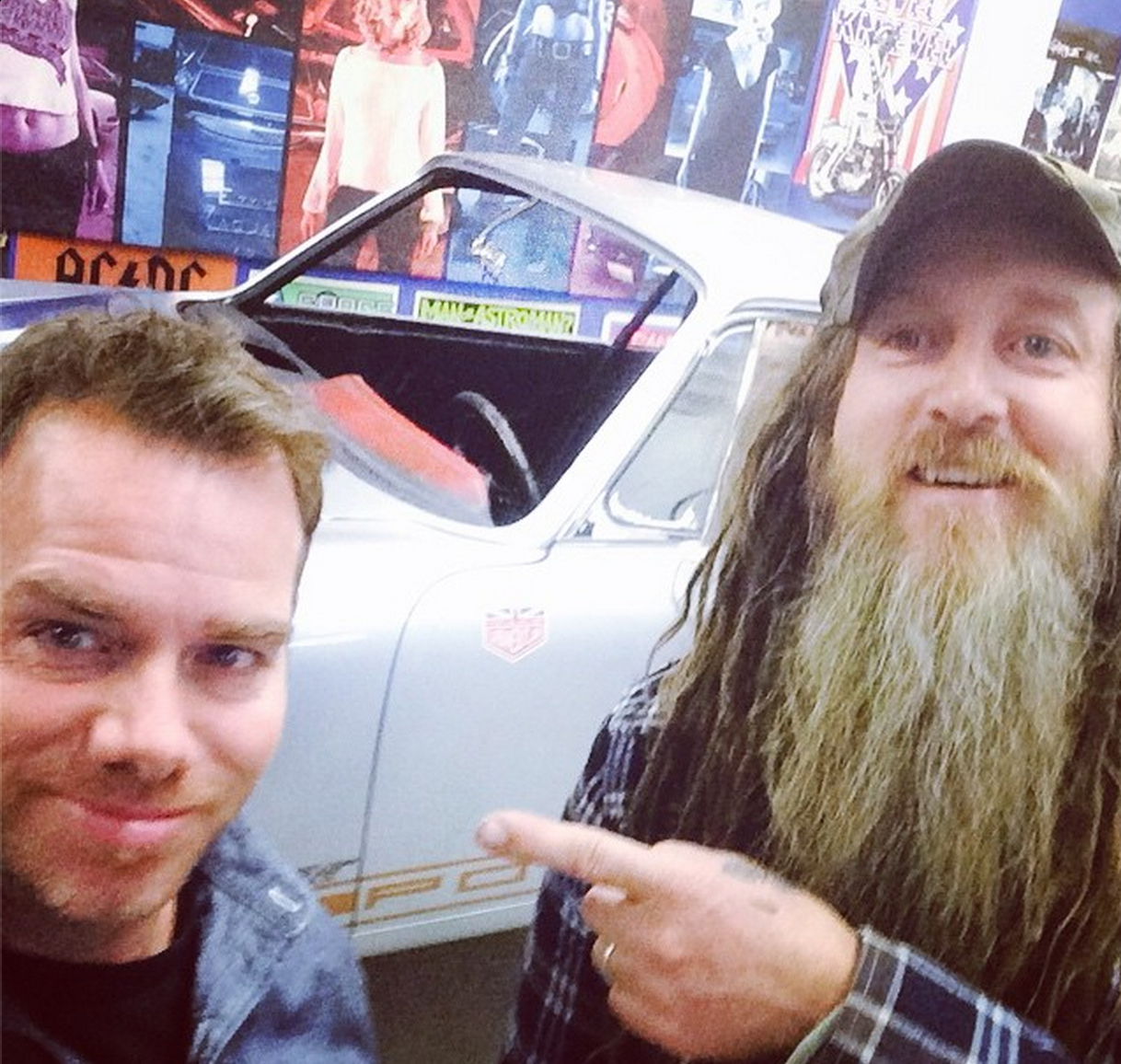 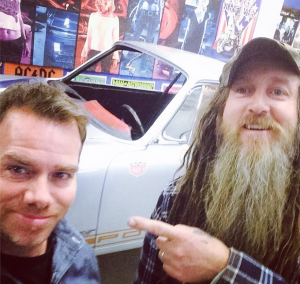 Our guest for the 191st episode of The Solopreneur Hour is the iconic Magnus Walker (find him on his blog here). Never heard of him? Don’t worry you won’t forget him after listening to this show.

He’s spent his entire career zagging when everyone else was zigging, and is completely unapologetic for it.  Why should he be? He’s built a tidy little empire, owns a dream loft, is deeply in love with his partner Karen, and has one of the most enviable Porsche collections in the world.

His career path has been forged in “yes”, and “let’s try that”, never thinking of the repercussions.  This is a fascinating hour with fashion designer, movie set mogul, Porsche collector, and Tedx Speaker Magnus Walker.  Listen in and enjoy today’s edition of The Solopreneur Hour.

Magnus Walker has led one heck of an interesting life. He was born and raised just north of Sheffield, England, an area that has brought us musicians such as Def Leppard, Human League and Arctic Monkeys (among others). Although it was and still is a musical hotbed, it is an economically depressed town. Magnus saw very little opportunity for himself there and quit school at the age of 15.

Having grown up on American television and other American influences he moved to the States in 1986 and has made it his home. At the time he was living in Los Angeles and started selling clothing on the boardwalk in Venice, a fairly common and lucrative practice back then. He made patchwork jeans and sold them to the hippie-wannabes, he made Dr. Seuss Cat In The Hat-style hats for the ravers and sold glam rock style pants to the Melrose Boulevard rockers.

All of those experiences led to Serious Clothing, a rebellion masquerading as a clothing company. The company reflected Magnus’ personality and values, and because it was an authentic reflection of him people responded. The clothing company became a hit, being sold everywhere from Six Flags and other amusement parks to Melrose fashion boutiques. Serious’ success cemented the foundation for his future endeavors.

And one of those future endeavors is the loft we recorded at today. In 2000 he and his wife Karen bought an enormous warehouse where they could live and work. Before they bought the loft they were renting in two separate places and were tired of it, it simply made sense to invest this loft and make it their home. So they did, a year later they had finished the remodel on it and moved in.

Within a few months of doing so they were featured in an LA Times article about downtown loft spaces and the revival of that area. They were given a prominent focus in the article, and their phone soon began ringing with requests to rent the place for filming. Doing what he has always done, Magnus said yes and they were in business. Their first experience of doing so was a little rough, but the cash they made showed he and Karen the opportunity and possibilities in being a filming location. So they altered some things in their next agreement and were in business!

Within the next year they made so much money it became a serious financial pillar for them, and with their interest in the clothing industry waning they stopped Serious Clothing and focused on being a movie/TV/commercial filming spot; it was a leap of faith but that’s been Magnus nature all along. They moved into a loft nearby to live, keeping their first loft as their business space.

The location biz took off for them and they were happy to have made the leap. Not long after Magnus started a thread on a web site called Pelican Parts, a site that dubs itself the largest source for Porsche and BMW parts. Magnus’ thread was on his Porsche collection and it caused quite a stir. The responses seemed to be split down the middle: one half of the comments were in awe of his cars and the other half hated him. He’s never been one to give an ear to the negative crowd so it didn’t faze him.

In fact his popularity in the Porsche community grew from there. He was contacted by Tamir Moscovici, a Porsche enthusiast and documentary filmmaker, about being featured in Tamir’s film called Urban Outlaw. Magnus, as you might have guessed by now, said yes to the opportunity. The film features Magnus and his passion for customizing 911s.

When the film was released in the fall of 2012, it was a sensation. Magnus became a household name among Porsche enthusiasts, and soon within Porsche itself. The company sent him a letter asking him to come to their headquarters and take a tour. They enjoyed him so much they have since featured him at numerous events, conventions and trade shows. Magnus says the two years since the film have been a whirlwind, a whirlwind he has very much enjoyed.

To wrap up he leaves us with some parting words of wisdom: do what you love, follow your passion and follow your gut when your gut says to say yes, you’ll figure out the rest. Those words and attitude have carried him to multiple levels of success and fame, you’d be smart to head them. After all what’s the worst that could that happen?!

Please join me in thanking Magnus for being here, sharing his passions and experiences on today’s show. It was truly an honor and a privilege to chat with him and see his amazing loft and his jaw-dropping collection of Porsches. And thanks to each and every one of you for listening, we’ll see you next time!