543: How to be MORE Productive with Mike Vardy the Productivityist (Best of) 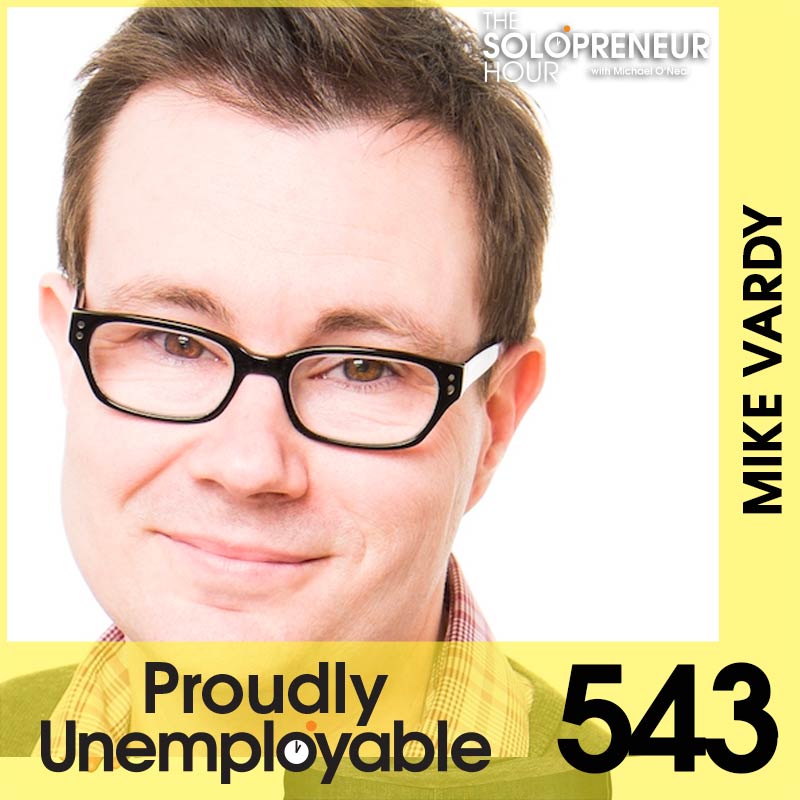 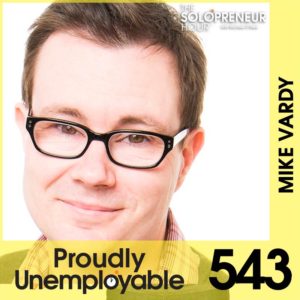 As solopreneurs it’s up to us to choose how and when we work on our business or our side projects. This can be a blessing and a curse because some of us can organize ourselves and our time while others of us need help. But no matter how organized we are (or not), we can always be better. And we can always be more productive with our time.

Here to share his expertise on the subject is Mr. Productive himself Mike Vardy. Mike is the proud owner of Productivityist, the company as well as author of the book The Productivityist Workbook, Beyond Trying and The Now Year. He also just wrapped up co-hosting a podcast called Work Flowing.

Join us to hear what he has to say on productivity, comedy and how both of those topics relate to being a successful solopreneur on the 543rd episode of The Solopreneur Hour.

More About This Show
When Mike first explored productivity he was working at Costco, for any of you not in the US Costco is a giant warehouse where you buy things in bulk at a discount. In his job there he was running two departments. And since that wasn’t nearly enough for him, he got back into sketch and improv comedy when a friend suggested Mike join him. Mike had been in comedy earlier in his life and the bug bit him again that night.

At that point Mike was juggling two departments at Costco, and when he wasn’t working he was practicing or performing comedy of some variety. That’s when he began to explore the concept of productivity, it soon emerged as yet a third ball he was juggling. When his daughter was born not long after, Mike realized he didn’t want to be on the road. He wanted to be at home with his baby girl. Traveling for comedy had to go, and it was quickly replaced by productivity.

Using his performance skills honed in the comedy world, he began writing about and discussing something he called eventualism. Eventualism was the idea that if you do what Mike was sharing eventually you’ll get around to finishing your task/project/goal. It was all tongue-in-cheek ala Stephen Colbert of The Colbert Show and it worked. He was able to interview people like David Allen and Seth Godin.

In fact it worked so well that David asked Mike to write for his site and Mike did. From there their relationship continued to grow and David eventually hired Mike to be a part of his team. Although he enjoyed what he was doing for them Mike realized he had become what he had been parodying with eventualism, and so he went back to his roots of productivity.

Mike shares that journey with us on today’s show as well as some tips he has for making the most of your time and becoming the most productive you can be. One of the tips he has is to chunk your time. Set aside blocks of time to work on particular tasks and schedule this at least a few days in advance so when that time block arrives you’ve already made an agreement with yourself to do, and you can’t get out of it.

He suggests creating themes for your days, if possible. Make Monday your administrative day where you handle all the administrative tasks that you need to do for your business. There’s nothing else allowed to happen on that day, only admin-related tasks and projects. Doing so will keep you fresh and energized because it won’t feel like you’re doing the same thing day in and day out.

Related to creating themes and chunking your time is the question of whether or not you can actually schedule productivity for yourself. Mike’s view is that if you approach your work with a task-based mindset versus a time-based mindset you’ll be far more productive.

So scheduling a day for tasks like administrative work works better than scheduling two hours a day for admin work. If you decide which tasks need to be done and then create a chunk of time (or a day) to do them in, you’re far more likely to complete them in a productive manner.

At the heart of all of this is building systems and frameworks that allow you to be the most productive you can be. If you can build a system like creating themes for every day of your work week, you can focus on just that one theme for that day which will you allow you to get the maximum amount accomplished.

For example if Tuesday is your admin day and Wednesday is your podcast day, you won’t spend Wednesday worrying about admin stuff because you finished it the day before. You’re more focused and productive on the tasks at hand because you know the other tasks are being taken care of on their respective days.

There’s plenty more Mike shares on today’s show on that same subject – we also get into how comedy and solopreneurship are similar! Be sure to listen to hear what he has to say on that subject too, including his story about one of the worst nights he’s had on stage and the terrific lesson it taught him. Have a listen to get the inside scoop, and then join me in thanking Mike for being here! And thank you as well. We’ll see you next time!