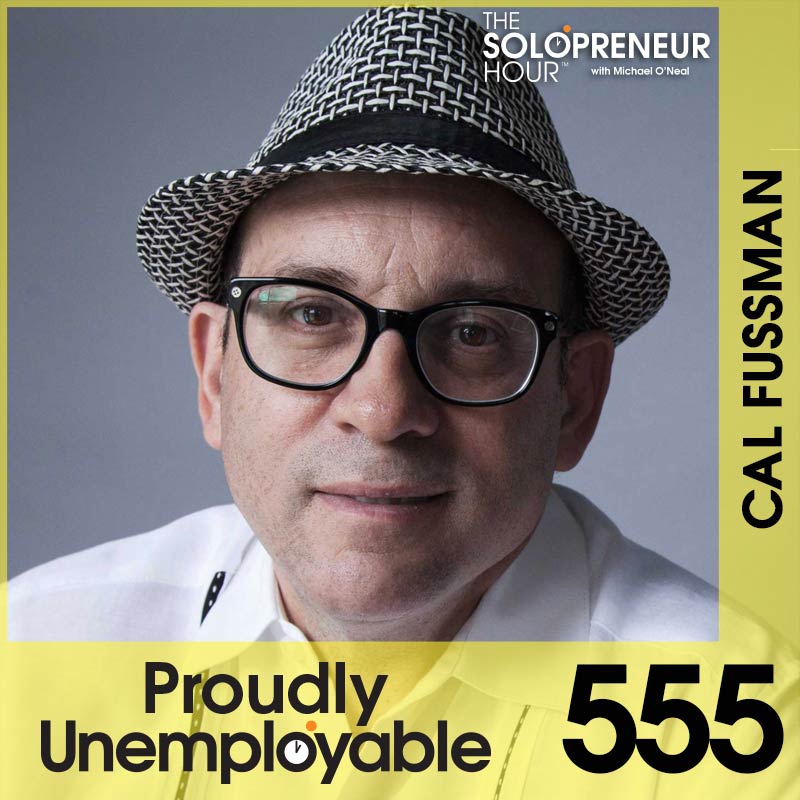 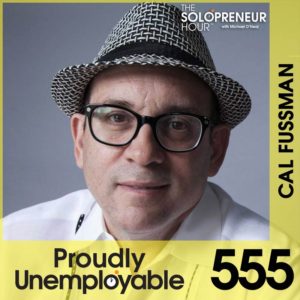 Muhammad Ali. Robert Deniro. Woody Allen, Richard Branson…the list goes on and on.  What do they have in common?  Cal Fussman has interviewed them.  Since his early 20’s, Cal Fussman has been interviewing the icons of sport, media and entertainment, and writing deep, in depth pieces about his subjects.  Today he gets to be on the other side of the mic, talk about how he got started, how speaking on stage has called to him this year, how he ran the LA marathon with no training, how he traveled for 10 years, and so much more.

The bigger story is to stay “yes” to the opportunities that come your way. This is the heart & soul of the entrepreneur.

In today’s show, Cal Fussman, an artfully curious, masterful storyteller talks about what shaped his desire to be a feature writer, the joys of traveling for ten years, and provides insight and wisdom for life and business.

9:23 – Speaking does not cause an interviewer to lose his power of interviewing. It’s part of being curious about people and their stories.

13:35 – When he was 13 his dream was to see his name over a column in a big city newspaper and also to write a feature on his hero, Mohammad Ali. This was the start of his dream and his goal to make this happen.

21:57 – If you were the columnist of your big city newspaper, you were like the mayor who never got voted out of office.

34:25 – Cal wants to move back to couch surf because while hotels give you a sense of control, they are also very isolating.

38:00 – Michael loves Air B&B because it’s between couch surfing and hotels. Because there are often people there who you can talk to. He also relates his very “interesting” Air B&B story.

49:53 – The bigger story is to stay “yes” to the opportunities that come your way. This is the heart & soul of the entrepreneur.

52:35 – His takeaway from running the NYC marathon: worry/fear of failure drained him at least 30% before the race even began.

71:35 – People who identify with certainty and significance are more apt to be working hard, pushing through, while those who wanted to grow and connect found that they had less work to do.

74:30 – Teaser for the next time Michael talks to Cal, he’ll share the Mohammad Ali story.