135: How To Book Yourself SOLID with Michael Port 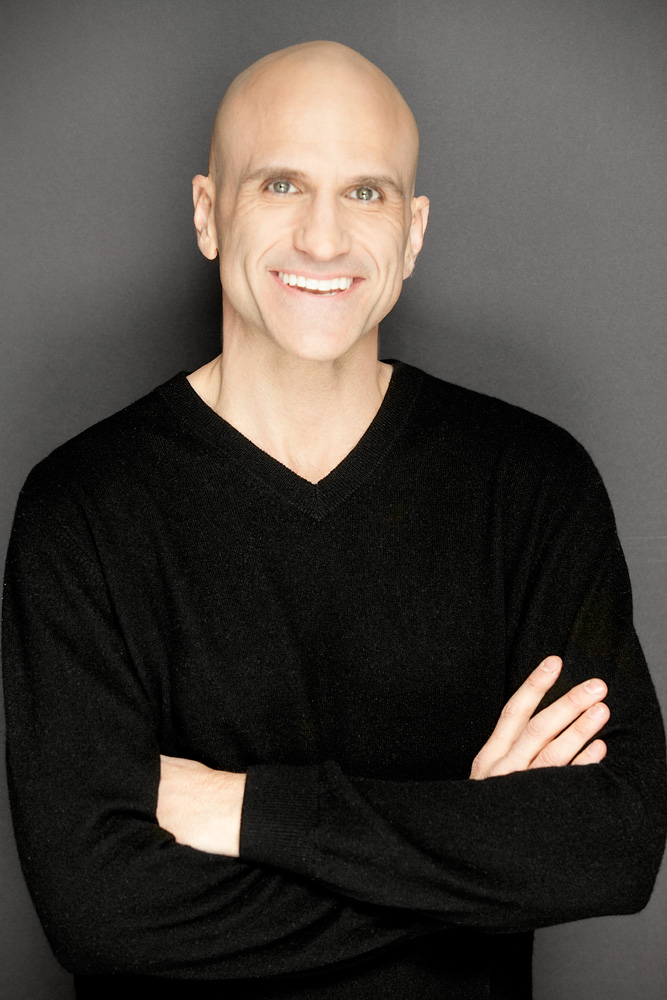 Ever feel like you need a compass to navigate all the marketing and business tools on the market today? Our guest for episode 135 is your answer. He is the best-selling author of numerous books, and a top-ranked speaker who takes complex subjects like marketing and sales promotion and distills them down into easy-to-use information.

Before today’s guest was a boat-loving, best-selling author and speaker, he landed acting gigs on shows and movies you’ve probably watched like “Law and Order”, “Sex and The City”, “Third Watch” and “The Pelican Brief” among others. Why he left acting, how he became unemployable and how he’s used adverse situations like his own dyslexia to propel his success are all topics we touch on – and much more of course – on this edition of The Solopreneur Hour.

Despite his early guest roles on numerous famous TV shows and movies, Michael was unhappy with how long it was taking him to “make it” as an actor. So he moved into the corporate world with a job in business management in the fitness industry.

After five years in that role and doing quite well, he ventured back into the entertainment industry with a film company. But the moment he stepped foot in the studio, he was planning his exit strategy. The environment was simply unpleasant and he wasn’t willing to subject himself to that. It was while working at this company that he realized he was “unemployable”.

For his next gig, he knew he would need a position where he was in control, and the most obvious answer was to be his own boss. That was the point when he started his 1 on 1 coaching business. Even though he had no idea what it meant to have a coaching business, he jumped in. For the first few years he treated it like a “job” before he realized he could create any life he dreamt of.

To break out of that mold, he took the knowledge he had gained in his various roles and how he “tweaked” things a bit along the way, and he chose to share those lessons with the public through speaking gigs. His professional training as an actor allowed him to make the transition with ease.

But, as he had done so often in the past, he “tweaked” one aspect of his public speaking gig. He knew he didn’t want to be on the road all the time so he used public speaking as a promotional tool, not as the sole foundation of his business. In fact, now when he does his annual projections he doesn’t include revenue from speaking. Anything he generates from that area is simply a bonus; he doesn’t have to rely on it and he created his business that way from the start. That’s a great lesson all of us can use: you can take a strategy and tweak it to fit your needs and desires.

In his role as business owner and solopreneur, he had to learn to switch his mindset to creating life on his own terms and avoiding a lot of travel while speaking was one of his first steps.

Another topic we touch on is the concept of maximizers vs. satisfyers. Barry Schwartz’s book The Paradox of Choice: Why Less Is More talks about this idea in depth.

But as it relates to successful solopreneurship, a satisfyer is who you want to become. Here’s an example that illustrates the differences between the two: a maximizer will spend 2 hours picking out a pair of sunglasses while a satisfyer will be fine with a pair of glasses that fit properly and look good. They’ll spend as little time as possible on everyday choices and decisions. It’s a concept worth exploring as solopreneurs.

Another similar thread Michael and I discuss is your time vs money conversation: how much is your time worth? Spending three hours doing your laundry isn’t the best use of your time if you don’t like doing laundry; so go out and hire someone to do it for you.  If you value yourself at $150 an hour, will you really spend 3 hours doing laundry? No, you’ll find a way to get it done that involves as little of your time as possible because there are other things you can and should be doing.

We also talk about the the six core self-promotion strategies:

Michael says you don’t need to do all of these six, just do the ones you like. If you love to speak, then find speaking outlets. If you hate writing, don’t use writing as a promotional tool. Find someone who does love it and is great at it and hire them to do it for you.

And finally we spend a bit of time talking about Michael’s dyslexia and how important it has been for him in shaping how he takes in information, how he disseminates it and why the way he shares information with the world has been so pivotal and so significant in his success as an author.

It was a pleasure to have Michael on the show today; he is a terrific example of how to find your own way down the solopreneur path and how to design a life you love. I hope you took copious notes and that you will reach out to Michael to thank him for sharing his wisdom direct from his boat! Thank you for listening.

Fresh Books: Get a 30-day freel trial by entering solopreneur in the “How Did You Hear About Us”


Would You Help Spread the Word About the Podcast? I’d be forever grateful if you helped share the podcast.  Click here for a pre-populated tweet to help spread the word to your friends on Twitter.  THANK YOU!