105: Is This The TRUE Secret To Business? with Glen Ledwell 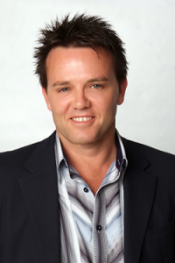 Sometimes a solopreneur is a solopreneur from birth. They hustle themselves right out of the crib and into the thick of the next opportunity that crosses their path. Our guest for episode 105, Mr. Glen Ledwell, falls into that category.

Glen is a serial entrepreneur who had multiple successful businesses in several industries before finding his niche in the online marketing world. He owned a night club in Sydney, Australia as well as a bathroom advertising company; he also got in on the coffee franchise scene. That was all before he found Internet marketing and developed Mind Movies, his pièce de résistance.

Glen’s story has the classic solopreneur origin: at the ripe old age of six, he hustled other kids in card games and marbles. He was a born hustler! Though he admits to having a “regular” job a bit later in life, he quickly discovered he was much better off working for himself and calling his own shots. So that’s exactly what he did.

In this show, you’ll hear how Glen’s failures and successes built on each other to move him up the ladder from struggling solopreneur to thriving soloist/investor. The lessons he learned from every failure and success taught him what he needed to see the next opportunity so he could capitalize on it. And so he did…all of which led him to Mind Movies, his current and most successful endeavor.

Like almost every episode on this podcast, I get into a variety of topics with my guest and Glen is no exception. From his time in Sydney to his fashion prowess to why he moved to San Diego, we get acquainted with many areas of Glen’s life and his thoughts on many topics.  But one thing I hope you take away from Glen’s tales is the true key to success…taking action. Everything else can be worked out and discovered from that point. But nothing happens until you take action.

As Glen says “ The greatest idea you’ll ever have in your life is the one you do.”

And he’s right: whatever idea you have, stop sitting on it and go get it. Go make it happen. That’s one of the reasons I bring on people like Glen: to encourage you and motivate you to take action on that great new idea you have.