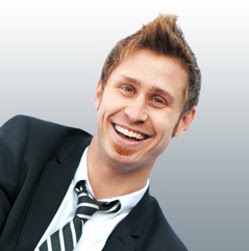 Have you noticed how some people take success with them wherever they go and whatever they do? Our guest for episode 107 is one of those people.

AJ Amyx is a former Christian rock star turned Twitter genius and he joins us to talk about lessons he’s learned on his journey.

AJ and I met while we were both attending Nick Unsworth’s Life on Fire mastermind event in Arizona last month. He had a such an interesting history and background, I had to have him on the show.

In his earlier days, AJ was the co-founder of a Christian rock band called Trade Cities. With this band, AJ would go on to play nationally-known festivals, share the stage with elite bands in their genre and receive offers from two major record labels. Though the band eventually split up, AJ grew and learned a tremendous amount in the process.

When the band broke up, AJ lost nearly everything including his work, his passion and his girlfriend. He knew he had to choose what was next for him and he gave a lot of thought to what that would be. The one question he had to answer for himself was “What am I really here for?”

Now that he has found the answer, he spends his days fulfilling that mission and purpose. In fact, it has simplified his life. He simply asks if a project or experience  fulfills his purpose and if it does, he says yes. If it doesn’t, he says no.

Combining his experiences as a designer, a rock star and now as a Twitter strategist and digital marketing expert, AJ has traveled the terrain every solopreneur ventures on from the valleys to the pinnacles and all points in between.

And in this episode, he shares as much of his knowledge as we could fit into one podcast! He goes into detail on how to create a successful business using online media, especially Twitter. And we weave it all together with stories of his advertising agency boutique days, his famous and then not-so-famous musician days as well.

Leave a comment below or send me a Tweet and let me know: what are you going to start doing on Twitter right now thanks to AJ’s tales?