164: The Art of Conversation, with David Ralph of Joinupdots.com 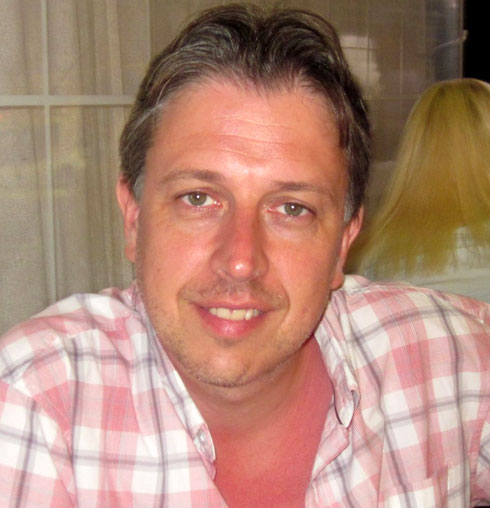 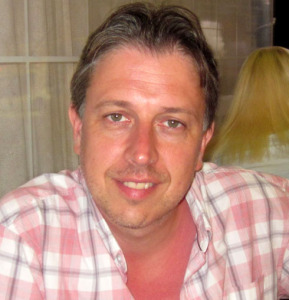 Every time you turn around, someone is launching a new podcast (or so it seems). But how many solopreneurs out there are really nailing it as podcasters, doing it the way it is meant to be done? In my opinion none can top our guest for episode 164, Mr. David Ralph.

David is a long-time listener who took the bull by the horns and began his own show called Join Up Dots. Seven days a week he publishes top-notch conversational interviews with fascinating guests. Join us as we talk about his consummate British D.J. voice, how and why he got into podcasting, what our thoughts are on the components of a great interview and how all of this relates to being a solopreneur in any industry.

When I first connected with David it was through this show. He first left a comment on the show notes page of one of the very first shows. It was the type of comment every podcaster wants on their show notes page; it was insightful, witty and thoughtful. In one brief paragraph David summed up the show, its content and his takeaways.

David continued to listen and to leave comments like his original one, and one day he even left a message using the SpeakPipe app. I was blown away by his presence, his vocal tonality and how professional he sounded. And I told him so on our 8 Steps to Becoming a Successful Solopreneur episode with Dawn Marrs.com. David was chuffed (as the English say) by the positive feedback, enough so that his idea to create his own podcast took root.

Once that idea took hold, it was never far from David’s mind and he set out to make that idea a reality. Always one who believed in taking action, he came up with the show’s concept, and the branding message he wanted to convey. With a little trial and error, he had the logo made and secured the proper, professional audio equipment to create a great-sounding show.

But David, like the great podcaster he is, didn’t stop there. Since his first episode he has always been focused on creating an entertaining and valuable show. On today’s episode we talk at length about what it takes to make a great conversational podcast and why I think he’s so brilliant at it…and not everyone else is.

David has really honed in on his preparation techniques for any show he does. He does massive amounts of research on his guest and then he spends at least 30 minutes writing the intro before recording the show. And his intros are possibly the best I’ve ever heard from anyone.

He says these are the key to his conversations; his introductions are so in-depth that they cover nearly everything that guest has ever talked about on another show. He does that so he and his guest get all the bare bones out of the way in the beginning, and they can dive into an actual conversation.

He doesn’t give his guests wiggle room to simply regurgitate their About page from their web site or to retell the same old stories they’ve told on every other show. He keeps his interviews lively, fresh and engaging, because he cares about his audience and giving them a show unlike all the others out there.

David does this because he knows he has one chance to nail it; if someone is brand new to his show and they hear the same story they’ve already heard on another show they won’t tune in again. But if they hear a guest who shares something they’ve never said anywhere else, odds are good they’ll be back!  And that’s been pivotal in the success of Join Up Dots.

On this show, David and I talk about the mental shifts that got him to where he is today as well as the influences and experiences that impacted him. I was really excited to have him on The Solopreneur Hour because I wanted to highlight his evolution for everyone listening; he’s an example of a great success story, someone who took action despite fear and continues to create a bright future for himself and for the lives he touches with his show.

Please join me in thanking David for being here and giving us all the scoop on who he is, what his show is about and how he’s gone from being nervous to leave a SpeakPipe message a few months ago to a professional prodcaster today. It was truly an honor and a lot of fun to chat with David today. Leave a comment or send a Tweet and let us know what you thought. See you next time!