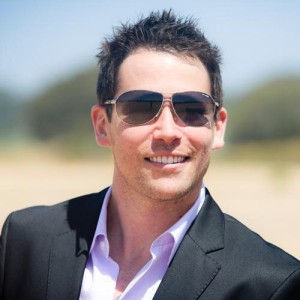 One of our returning champions and a great friend of the show is joining us today! Co-hosting The Solopreneur Hour is the one and only Nick Unsworth of Life on Fire.

Nick is here to chat about how he’s creating a better work-life balance, what his daily routine is and why it’s had such a profound impact in every area of his life.

We’re talking about all of that plus some autocross racing and audio equipment (aka the new money pit hobbies I’ve gotten him into) on today’s 244th episode of The Solopreneur Hour.

If you haven’t heard Nick on the show before check him out here. He’s got a great story about victories, overcoming obstacles and using focus and determination to create a life on fire. He’s been an entrepreneur throughout his career and has seen some incredible highs and some significant lows.

As he shares with us on this show, today he’s enjoying his life like never before. He’s engaged to love of his life and his business is booming. One of the reasons everything is hitting on all cylinders like never before is because he is truly in alignment with and is living his purpose. He gets out of bed with joy and rocks his day. He’s got a set routine to his day and a structure to his schedule.

Every morning he gets up early and he reads the letter he’s written to himself for that month. His letter outlines all the great things that are happening and have happened that month. That letter is based on the goals he has set for himself on the first of each month. Nick puts those goals out on social media but the letter he keeps for himself and he reads it every morning.

You can certainly write your own letter and read it to yourself every morning like Nick does. One of the tips he has for you if you do so is to use “I am” statements. Using these helps your subconscious is being reprogrammed by your letter. He also says to get into the emotion of what you’ve written, let yourself feel it!

Nick has used the letter strategy for years. In fact, it helped him get out of $50,000 of debt and eventually sell his business. Although that was a goal he worked incredibly hard for when the time came and his business was sold (and he made several hundred thousand dollars in the process, even after wiping out his debt), it still felt hollow and empty.

He had invested his 20s building the business and then moved to San Diego. He didn’t have many friends in the city yet and didn’t have a significant other to share it with, so it didn’t feel like it really mattered.

But he took that experience and decided to turn things around. He got a business coach and chose to create a life that he would enjoy along the way, rather than being solely focused on the end results. From there Life on Fire was born and he hasn’t looked back since!

In the last year or so he’s really honed the focus of Life on Fire; he’s simplified what the business offers in terms of coaching and has uncovered his absolute love for hosting live events. He held his own 3-day workshop last December (2014) and will be holding another one in June of 2015 in San Diego. He’s also helping his clients do the same. Today he shares how he helped one client, Karen Fagan, generate an extra $15k by creating a live event while fulfilling her heart’s passion.

We also talk about his latest hobbies of cars and audio! He asked me to get into some new hobbies, and I did. He’s now enjoying the world of fine audio equipment and exploring what type of car he wants to start racing!

Finally we wrap up with a chat about Nick’s upcoming event in June. If you’re one of the first 100 people to register you get some serious swag!! Check it out here. Please thank Nick for his generous gift and the time he gave us today. And thank you for being here and for being a supporter of The Solopreneur Hour. See you next time!

QUESTIONS OF THE DAY: Which is better suited for your business – webinars or live events? And which are you doing next?

Selected Links From This Episode:
Nick Unsworth’s previous visits to the show
Nick’s live event in June 2015
Life on Fire, Nick Unsworth’s web site
Nick on the Twitter
Hostgator
Want to contact me? Go here.
SoloLab, a Unique Mastermind
Be Proudly Unemployable with us on Facebook
Let’s connect on Twitter!