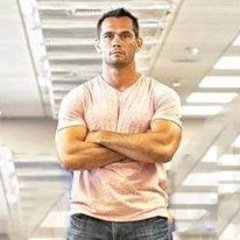 Mindset: it’s one of the key differentiators for any solopreneur. One of the greatest examples of this is the professional athlete. They train tirelessly: rep after rep, day after day no matter how they feel and often no matter how the pain they experience.

On today’s episode we’re talking with one of the supreme athletes of the mixed martial arts (MMA) world. He’s a three-time ultimate middle weight champion who has created several successful enterprises; he is Rich “Ace” Franklin. We’ll dive into all of that and more on the 260th episode of The Solopreneur Hour!

More About The Mindset of a Professional Athlete

When Rich was a young boy growing up in Ohio, MMA didn’t exist in the US. His focus was football; he wanted to be a professional football player in the NFL and he played through his high school years.

During his freshman year of college his focus shifted; he had been a tall, skinny kid weighing in at 155 pounds (soaking wet he says) and 6′. Within those first two years of college he had put on 35 pounds of muscle, grew an inch and changed his entire body composition.

He also attended the first UFC fight and he was immediately interested. Back in those days there were three rules for all fights: no fish hooking, no eye gouging and no biting. Today the rules are a bit more extensive and intricate, but MMA has always been a combination of physical prowess and mental chess. And Rich’s mental game is superb.

On today’s show Rich shares why mindset has been so pivotal in his success both in the cage and off and he shares his latest entrepreneurial endeavor. Whether he’s in a fight or he’s creating his next business, Rich believes wholeheartedly in mental prep.

Especially when you’re in the upper echelon of any field, you’re going to be going against the best so you have to put in the time to study and create a mentally prepare mindset.

Because there are curveballs in anything and everything you do in life, you’ve got to be prepared and you’ve got to overwork the other guy (or gal). Having the right mindset is the cornerstone for that preparation. If you have the proper mindset you’ll do the work until you’re on top.

Rich has learned that lesson throughout his MMA career and while building several businesses. He talks about how his juice bar in Beverly Hills, ZeLin, had such tremendous success and why he ultimately sold it to become VP of One Championship in Asia and also to affiliate with Armor Gel, a silver-based gel that heals cuts, scrapes and wounds while also providing a protective barrier for your skin.

We’ve got plenty more where that came from so dive in for the full scoop from Rich on mindset, MMA and mental prep. Thanks to Rich for co-hosting and to you for lending your ears! We’ll see you next time on The Solopreneur Hour.

QUESTIONS OF THE DAY: Were you involved in athletics growing up? How did that prepare you mentally for solopreneurship?

Selected Links From This Episode:
Rich Franklin’s web site
How to be a Loser, Rich Franklin’s Tedx Talk
One Championship
Armor Gel
Rich Franklin on the Twitter
Hostgator
Want to contact me? Go here
SoloLab, a Unique Mastermind
Be Proudly Unemployable with us on Facebook
Let’s connect on Twitter!