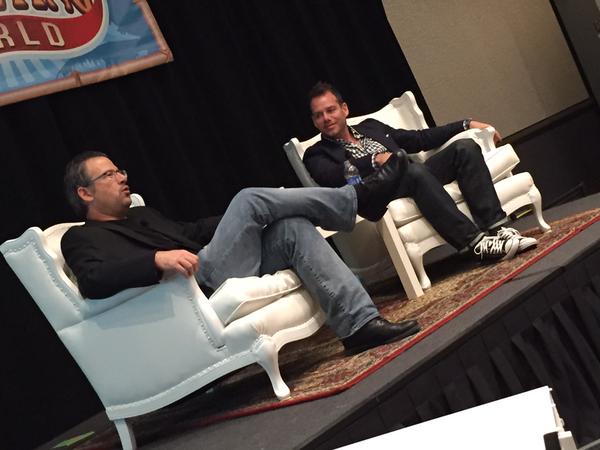 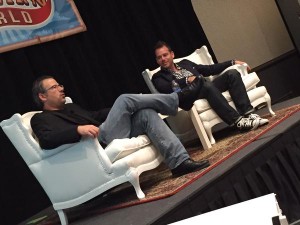 Our friend the always delightful solopreneur Mr. Joel Comm stopped by for a great chat on today’s show. We recorded this in front of a live audience at Social Media Marketing World 2015, our third in a series of six episodes.

Joel was delightful and hilarious as always, while dropping some great knowledge bombs about Twitter, online business, and life itself.

Even if you’ve listened to Joel before you’ll hear things you probably didn’t know about him and I guarantee you’ll learn something new on episode 267 of The Solopreneur Hour.

Have you missed Joel’s previous visits to the show? We’ve chatted a few times and you can listen to them all here. To give you a quick recap of who he is and what we’ve talked about: his multiple best-selling books(New York Times best-sellers of course), his mad online marketing skills and his humorous creation of the highly-lucrative iPhone app iFart.

During this conversation we dish about his favorite things to do, his video game and vintage software collection and whether he ever turns “off”. And we finish it up with a deep dive into his latest version of his Twitter Power book: Twitter Power 3.0 and what’s new since version 2.0

On the subject of his favorite things to do Joel says he’s just a kid in a grown up body! He loves his toys, he loves to enjoy his life and feels grateful for every moment of it. And that’s the approach he takes to everything, including business. He pursues what comes naturally to him and knows good things will follow when he does. He never looks at his life as an ROI, he just lives his life.

We also dive into some of the nitty-gritty with Joel. He explains the differences in Twitter Power 3.0 versus 2.0. A few key nuggets he shares are Twitter’s mainstream-ness: today every TV show, movie, or other media outlet has a Twitter account and uses it. Furthermore they create their own hashtags for their shows and their episodes.

Another key feature we have with Twitter now that we didn’t in 2010 is video and photos. Today you can embed video in your Tweet and you can include a photo. You can say and share a lot more with these multimedia options now, and people do.

Joel generously shares some basic steps to take to grow your Twitter followers. The main approach is to find people you like and admire who are in your field and follow them. Then engage in conversation with them: ask questions, answer questions and provide value. And don’t overthink it, just be focused on giving rather than taking and you’ll get the results you’re looking for.

One final important topic we cover is his monetization strategy: he has never had one. He does what he loves, creates great content in the process and is paid back with speaking gigs, podcast appearances and offers to co-author numerous books.

When you listen to today’s episode you’ll also hear him tell several amusing stories, including how his book Social Poetry came about and how he was on The Daily Show for his iPhone app iFart! Enjoy and we’ll see you next time on The Solopreneur Hour.

QUESTIONS OF THE DAY: What are you using Twitter for right now and is it working for you? Let us know in the comments below!

Selected Links From This Episode:
Joel Comm’s web site
Joel Comm on Twitter
My Life as an Uber Driver, Joel Comm’s video
Joel Comm’s previous visits to The Solopreneur Hour
Want to contact me? Go here
SoloLab, a Unique Mastermind
Be Proudly Unemployable with us on Facebook
Let’s connect on Twitter!