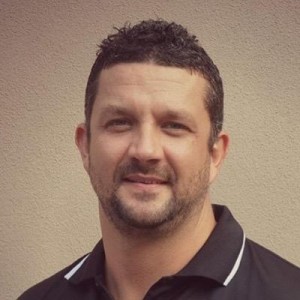 As solopreneurs one of the biggest payoffs is building our own lifestyle, and that is at the heart of what our guest for today’s show loves to do! Brett Campbell is the head honcho at The Online Business Accelerator, and he simply loves to help entrepreneurs find their sweet spot and build a lifestyle they love.

Brett and I have had a few adventures out on the town.  The more time you spend with him, the more you realize his heart is so big, and he’s such a giving guy.  He doesn’t need accolades, he just wants to help people build a great business around their ideal lifestyle…just like he has.

On the 272nd episode of The Solopreneur Hour we dive into how his solopreneurial journey began, how he helps people today and some killer ninja marketing tactics!

More About Building a Lifestyle

One of the first things you may notice about Brett is he speaks funny; he’s originally from Australia and has lived on the Gold Coast and in the neighboring country of New Zealand. He moved to New Zealand when his parents split up and he went to live with his mom at his grandmother’s house.

Born without a silver spoon Brett knew early on if he wanted something he had to work for it. That message was hammered home throughout his childhood, and after their home was robbed (twice by the same people) he was even more determined to succeed. He never wanted his mom or his sister to have to worry about money again, he wanted to take care of them.

Growing up he worked odd jobs and was always hustling, but when he was kicked out of high school he took an apprenticeship as a cabinetmaker. He worked his tail off for a few years, negotiated finishing the apprenticeship a year early and then worked as a full-fledged cabinetmaker while being groomed to become a partner in the company.

When things changed within the company Brett realized running a cabinetry business was not his dream so he left, to attend university. He did a year of that, again knew it wasn’t his path and packed up his things to move to the Gold Coast of his homeland and become a personal trainer.

He did well as a personal trainer making $65 an hour or more, but he was tired and still felt like he hadn’t found “it”. When he saw one of his roommates had bought a PDF of exercise instruction online a light bulb went off. Brett saw the possibility: he could create a product, sell it and make money without trading his own time for those dollars.

Brett created a 21 day course called the 21 Day Rapid Fat Loss Blueprint, and when he rolled it out to his list of 300 he anxiously awaited the results. It only sold 20 copies, and he was disappointed. He fully expected at least 80% of his list to buy from him, and he couldn’t understand why they hadn’t. But instead of chalking it up as a failure, he decided he needed a bigger list and that’s what he did.

On this episode he shares some of those tactics he’s used over the years to grow his list and how he brings in at least 700 new leads a day. One of his strongest recommendations you’ll hear is to create multiple Facebook fan pages and syndicate your posts between all of the pages. He says you need to post 6-7 times a day to your page if you’re international, at least 4 times if it’s just national.

Brett also recommends finding those past posts that have done well for you – have had high numbers of reach, views, likes and comments – and keep those in a Google doc or an Excel spreadsheet you host on Dropbox. When you’re looking for posts to fill in those 6-7 slots every day revisit old posts and images that have gotten great responses and reuse them.

Tune in to hear him chat about his other ninja Facebook marketing moves, including why Power Editor is your friend. Check it out on today’s episode, and we’ll see you next time on The Solopreneur Hour.

QUESTIONS OF THE DAY: Do you have a Facebook fan page? What page are you building next? Let us know in the comments below!