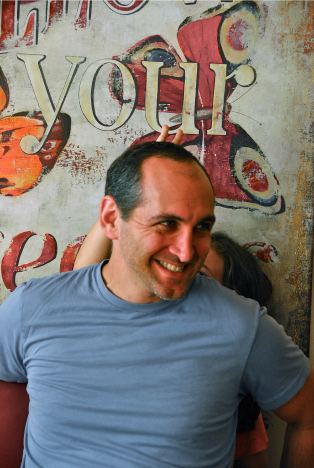 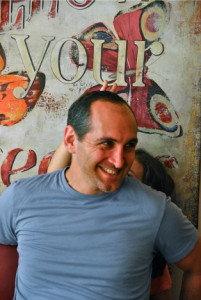 Back this week on Solohour is my buddy Jonathan Fields.  We missed each other in Portland at the World Domination Summit, so we decided to catch up and record an episode.  Now, you may not consider a guy who’s got a team of 50 to help with with events a “solopreneur”, but I believe it can be in the mindset as well.  Jonathan builds businesses with an inherent emphasis on service, and making sure his family lives the life they’ve always dreamed of.  That, to me, is a true solopreneur.

More About Camp GLP and Periscope

Jonathan and I met in 2014 at World Domination Summit and although we missed each other at this year’s event, we reconnected to schedule him for this episode. I wanted to hear how his first camp offering went last year, what he’s planning to do the second time around and generally find out what’s been going on in his world.

Last year was the Good Life Project’s first in-person, multi-day event. Jonathan and his team brought 250 people together from around the world to create a unique community experience. The people were mainly entrepreneurs and other movers and shakers who are up to good things in the world, and want to do more!

Over the course of 3.5 days they spent their time learning through workshops, playing through creative and artistic activities and rejuvenating their minds, bodies and spirits.

It went so well in 2014 Jonathan and his team decided to do it again 2015! In fact they are expanding it to include up to 350 attendees this year, and now have a better idea of what to expect and what to prepare for.

We dive into more details on what camp entails for the participants and for Jonathan’s team, as well as his thoughts on Periscope. Recently he did his first ‘scope with Derek Halpern in Central Park, NYC. The day after he did his own solo outing and showed his viewers’ his podcasting set up.

When people emailed him and said they were disappointed they missed that show Jonathan wondered why people are on Periscope and what they hope to get out of it. So he asked them on his next ‘scope. And they told him: curiosity and community.

Although he doesn’t have a prediction for the future of Periscope he does see it as a way to build connection, rapport and a deeper level of intimacy with your audience.

Another way he’s building rapport with his audience is his upcoming book. Although he can’t tell us the title just yet, he did give us a breakdown of what his day looks like when he’s in the midst of writing the manuscript.

He usually gets up a few hours ahead of his family, meditates and does some breathing exercises before making coffee. Once the coffee is made he reads for an hour or two.

By that point in the morning his family is awake and they have breakfast together. Then he delves into his writing and spends a few hours in creation mode. According to Jonathan none of us have more than a few hours of solid creative focus we can give per day, and right now he invests his time in writing his manuscript.

And that leaves his afternoons open for meetings, interviews and non-maker mode activities. He explains what maker mode is and what manager mode is – and how to use each as well as why we need to “kill our darlings” as entrepreneurs, and a whole lot more on today’s episode of The Solopreneur Hour.

QUESTION OF THE DAY: What do you think is the future of Periscope? Let us know in the comments below!