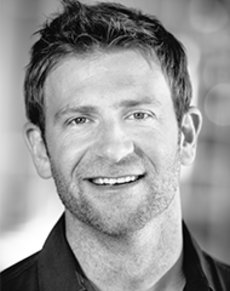 In our solopreneur journey some things simply come full circle, and this episode is one of those moments for me and for this show.

My first introduction to our guest happened several years ago when I first moved to San Diego, fast forward to 2014 and we met in person at his studio. And today I’m bringing him to you for the two-year anniversary of this show.

The very insightful Chase Jarvis of Creative Live joins us for episode 310 of The Solopreneur Hour; we talk creativity, the importance of play, why we need to pursue what moves us and not what we think will pay the bills and his journey from photographer extraordinaire to CEO.

Chase Jarvis has been creative since childhood; he loved photography but didn’t pursue it as a career until later in life. He let society and culture influence his early career path, but eventually quit everything else to pursue the art of taking photos.

And he became masterful at his craft, following climbers, skiers, snowboarders around the world to take the most authentic and breath-taking shots imaginable. He parlayed that knowledge, his skill set and his passion for creative expression into the formation of Creative Live in 2010.

Just a few short years after that I found Creative Live through Sara France (her episode is here), and really admired the production quality of his programming. Then in 2014 I had the honor of meeting Chase in person when I spoke about podcasting on a Creative Live course. And the circle completed itself when he joined us for this episode, on our second anniversary.

On today’s show Chase and I talk about his experiences leading up to the creation of Creative Live, why he thinks creative play is so important for everyone, the truth about that voice that drives us to achieve more (and never acknowledges our accomplishments), and why he thinks being a CEO is a creative role and will soon be perceived as such by everyone.

There’s a dirty little secret that Chase let out of the bag when we talked and it’s this: whether someone is a billionaire or still struggling to pay rent, as a solopreneur or entrepreneur there’s always a voice pushing for more achievement, and to accomplish the next big.

But that’s only part of the secret, the other half of the secret is that that voice isn’t what leads us to achievement. Success doesn’t always beget success, and success often creates MORE Impostor Syndrome.

That’s what very few people are talking about: that nagging voice in your mind at 3am isn’t going to go away when you become the next Tim Ferriss or John Lee Dumas. Chase relies on play and meditation to quiet that voice, and he believes those two things are important for all solopreneurs and entrepreneurs.

Which led to our next topic: the role of creative play and why adults need it so much. If you can think back to what you loved to do as a kid just for the sake of doing it, why have you stopped? If you loved to ride your bike for hours do you still do it? Or do you let everything else get in the way?

Chase makes time every day to play and encourages other solopreneurs and entrepreneurs to do the same to keep that joy alive and to continue to feed their spirit.

We also dig into his role as a CEO and how different that has been for him, and yet similar. He sees being a CEO as a creative pursuit. Whether he’s building a business or creating a sketch, there is creativity in it for him. There is no either/or for him, he isn’t a CEO or he’s an artist; he is both. And he believes that is the future of all CEOs: creatives who are building enterprises and endeavors, and the business is their canvas.

Those are just a few of the highlights from this show; we also talk about what it was like to be a part of the grunge scene in Seattle in the ’90s, and why restrictions actually support and help creativity thrive. Tune in for all of that and more on episode 310 of The Solopreneur Hour.

QUESTION OF THE DAY: Who would you like to see on Creative Live? What would you present if given the chance? Let us know in the comments below!