316: Nicole Arbour is Not Afraid to Offend You 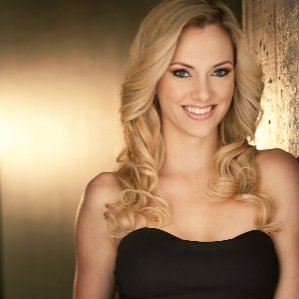 Solopreneurs face every kind of challenge and obstacle imaginable. From unsupportive family and friends, to long working days (and nights) to internal doubts and fears, we experience it all. And some of us deal with it in different ways. Our guest for today’s show faces hers with laughter and comedy.

On episode 316 of The Solopreneur Hour Nicole Arbour joins us to talk comedy, difficulties and why you’re going to offend people sometimes and that’s okay.

Nicole Arbour is a long-time dancer, performer and comedian. She’s widely known in YouTube circles and has recently gone viral, for the umpteenth time, with a satirical video about Instagram models. It’s a hilarious video with a real message to the scantily clad girls on Instagram encouraging them to be more than just a pretty face for likes.

But that video wasn’t her first brush with brazen comedy. One quick glance at her other YouTube videos and you’ll see she isn’t afraid to offend people by saying what she thinks. She’s completely comfortable with her own voice. She has a raving fan base for that reason: she’s authentic and she keeps it real.

Of course Nicole wasn’t always so outspoken in public. In fact she says she used to tone things down based on who she was dating in the past. If her significant other worked in children’s entertainment she worried she would hurt his career by being bold and blunt. But that changed significantly when she was in two car accidents.

In 2008 she was in a very bad car accident, so bad she couldn’t walk for the next several years. She had pain in her neck, back and radiating down through her legs. She was in constant pain and eventually became depressed. She was bedridden for much of the time as well. Of course Nicole tried every imaginable solution, saw every doctor yet nothing seemed to resolve her pain and anguish.

One day she read a doctor’s report that said she was disabled and could qualify for lifetime disability benefits. Nicole was still in her 20s, and was far too young to give up. She couldn’t believe this doctor was saying she would be disabled for the rest of her life.

In that moment something shifted for her and she committed to getting better no matter what. She wasn’t going to allow her life to be one painful day after another; she would dance again, she would be fully functional again. So she turned to the principles of cheerleading and Nicole committed to cheering herself through the pain, the depression and the agony.

And she did. When she would get out of bed in the morning she would play positive audio books and messages from Dr. Wayne Dyer, Louise Haye and Joel Osteen. Rather than taking pills for her pain she read and absorbed the positive messages she had posted around her house on sticky notes.

It worked. She was able to dance again – her first real love – and get back to living her life on her own terms. Until she was in another car accident in 2014, and her injuries all flared up again. To her it was life’s way of testing her and making sure she really did want that life she had been working so hard to get back to. And today she’s healthy again; she does visits her chiropractor and acupuncturist and does daily stretching.

On this episode we also talk about Nicole’s hilarious family and how they’ve always dealt with adversity through comedic relief, what’s next for her and some ninja tips on taking great videos with your phone!
Listen in for all that and more on the 316th edition of The Solopreneur Hour.

QUESTION OF THE DAY: What do you think about facing adversity with laughter – is that a philosophy you’re going to adopt? Let us know in the comments below!