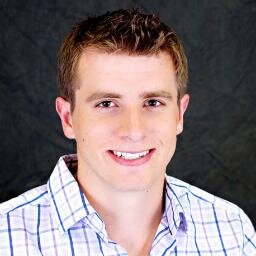 Here to talk about how to connect with and grow your email list is Nathan Barry, one of the founders of ConvertKit. Nathan is an accomplished designer, app developer and all-around entrepreneur who had a vision for a better email service provider with ConvertKit.

On episode 329 of The Solopreneur Hour we talk about his design background, growing up in the outskirts of Boise, Idaho and how to fully utilize email and autoresponders.

More About Nathan Barry and ConvertKit

Nathan got his start in the wilderness just outside of Boise, Idaho. He was home-schooled and spent much of his free time playing in the outdoors. Today he still enjoys those beautiful mountains and lakes of Boise by skiing, snowboarding and paddleboarding with his family.

His early career days were focused on design; he became interested in that world because of a former girlfriend. The relationship didn’t last but his love for design did!

From there he explored the world of apps and later wrote several of his own books, including The App Design Handbook and Designing Web Applications. He also penned Authority, a guide to self-publishing. He’s been prolific to say the least.

In this show you’ll also discover:

Nathan researched the other ESPs on the marketplace but they were either too big and expensive or didn’t offer the right features. Being the entrepreneur he is, he and his team created ConvertKit.

On this episode Nathan gives us the scoop on what ConvertKit does that the other guys don’t, what it’s been like to arrive late to the party in the email service provider world, and how that’s actually been a big advantage for them.

Nathan also tells us exactly what he’d do if he were to take two days and create his autoresponder series from scratch. The first step is to put up a dedicated opt-in page where people can give you their email address in exchange for your gift. The second thing he’d do is create a short email series sequence that gives people your very best content.

If you’ve been putting off creating or updating your sequence for your audience Nathan says to start small. Rather than trying to give them 30 days’ worth of email, send them 3 messages.

When you’re ready to create more emails space them out over a period of time. You can send 5 messages but do so over a period of 15 days and frontload your messages to send more often in the beginning, and slow the pace towards the end of those 15 days.

Naturally those features are available with ConvertKit, Nathan set it up that way! He also shares how consistency has played a pivotal role in his success, and what they’re up to next at ConvertKit. Check it out on episode 329 of The Solopreneur Hour.

QUESTION OF THE DAY: What are you going to do differently with your email autoresponders thanks to Nathan? Let us know in the comments below!