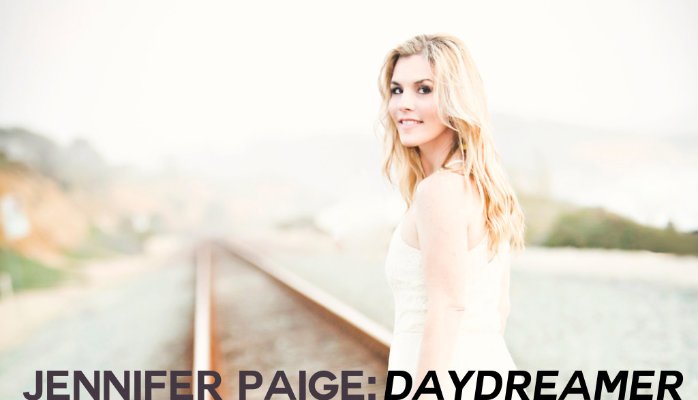 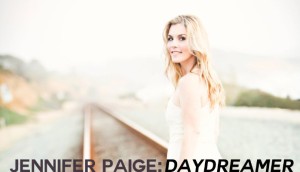 Today’s show, episode 356 of The Solopreneur Hour, is with pop music sensation Jennifer Paige.  You’ll remember her from episode 87, and from her hit song “Crush” which you’ve sung-along to 560 times.

Jennifer is running a Kickstarter campaign to finance her new album so we talk about that as well as what it’s like to go from a label-signed musical artist, and the pros and cons of doing it yourself.

You’ll hear that  and her new single, Let Me Love You, at the end of this edition of The Solopreneur Hour!

Jenn is always a delightful guest, and her episode today is a really fascinating inside look at the music industry. She’s done it all: she’s created multiple albums with big record labels and has made music with an indie label as well. And now she’s branching out into completely new territory for her: funding her latest album via Kickstarter and then branding, producing and marketing it all on her own.

The idea of a Kickstarter campaign or any other type of crowdfunding for this album came from her manager. Her manager had worked with a crowdfunding team on another artist’s album and the experience was so positive he recommended them to Jenn. She’s always willing to try new things and take on new challenges so she said yes, even though she had no idea what to expect!

The team recommended she come up with a bunch of rewards to offer to contributors, and Jennifer brainstormed by considering things she’d like to do if she were someone giving money. A few of her ideas were a private acoustic concert, a sunset cruise, a girls’ day out in Nashville, etc.

Her only struggle with doing the campaign was feeling like she was asking for handouts. She wanted people to feel like they were a part of the process and were getting a unique experience they couldn’t get elsewhere, so all of her rewards have been created with that in mind. And she’s also going to be filming the actual creation of the album so people can get a true insider’s view!

On today’s episode she talks about what she’s learned from her Kickstarter campaign, what motherhood is like with her new baby Stella, how she works with studio musicians, and the inevitable need to write and produce music when it’s in your blood.

The campaign has taught her to face fears of the unknown, she says the artists who succeed today and in the future will be those who embrace change and are resourceful. She’s proven herself to be both!

And motherhood has also taught her many things including how much she can actually accomplish in a day! Her day revolves around her 1-year old daughter’s needs now and she prioritizes accordingly.

With the birth of her daughter and her latest Kickstarter campaign Jenn has embraced changed and has been hustling again! She’s never stopped learning and growing, which is why she’s been so successful as an artist. Episode 356 of The Solopreneur Hour is a great lesson in change, growth and challenges. Tune in to hear it all and to hear Jenn’s latest single Let Me Love You.

QUESTION OF THE DAY: What insights did you gain from Jennifer’s episode that you can act on right now? Let us know in the comments below!