365: Steve Sims Can Make All Your Dreams Come True 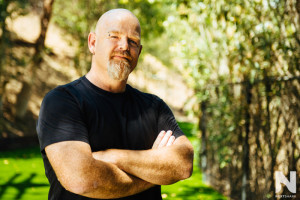 Would you like to go to space? How about a deep sea dive to the Titanic? Maybe sing a few tunes with your favorite band of all time?

These seemingly impossible dreams are not impossible to Steve Sims from The Bluefish, a high-end concierge service to make all of your dreams come true…if you can afford them.

This episode, like many others, illustrates that the path to success is often zany, twisted, and illogical.

More About Steve Sims and The Bluefish

Despite what he does today and who he does it for you wouldn’t have guessed Steve Sims didn’t grow up with a silver spoon in his mouth. He was born and raised in East London to a family that, according to him, had aspirations of being middle class.

But they were honest, respectful, dependable and hard-working; all values they instilled in Steve. They raised him to be true to his word, and everyone in their neighborhood was the same way. If you said you were going to pay someone on Tuesday you paid them on Tuesday, no matter what. And that’s one of the things Steve attributes his success to today: when he says something will get done it gets done, and people respect and appreciate that about him.

In today’s online world with our endless social media channels it’s far too easy to put up a front and pretend to be someone you aren’t, and say you’ve done things you really haven’t. So Steve’s honesty, transparency and dependability are refreshing for his clients.

On today’s episode Steve brings more of that honesty as we we also talk about his short-lived banking career and how he made the transition from being a doorman to hosting his own parties and connecting with others there.

In the late 1980s Hong Kong was experiencing a financial boom, that period in their economic growth was called the Asian Tiger. One of Steve’s friends was in on it. He encouraged Steve to apply to work in Hong Kong in banking, everyone was being hired to go there and get involved in the markets.

Even though he knew nothing about banking he made it sound like he had worked in the financial markets in the private sector and the man interviewing him believed him! Two weeks later a plane ticket to Hong Kong showed up for Steve and he was off.

He landed on Saturday, went to orientation on Monday and by Tuesday morning he was fired! It was a very short-lived banking career, but it proved to be the turning point that would lead him to starting The Bluefish.

Steve was feeling dejected and didn’t know what to do next. One day while at a bar (still in Hong Kong) a woman asked him if he’d be a doorman for their establishment. Steve has always been a big man with a physical presence; he said yes and started working at the club.

Eventually he connected and built relationships with many of the affluent patrons; because he looked after people who had money he started throwing parties for them, doing things for them and continued to cement those relationships. It took some time to grow from there but that was the start of The Bluefish.

On episode 365 of The Solopreneur Hour Steve shares more about what’s made him so successful, some wrong turns he made and how he was set right along the way. He also gives a real-life example of his process in making the seemingly impossible possible! This is a great lesson in how and why to embrace being uncomfortable, how to position any request as a win-win for both parties and how doing so will help you succeed as a solopreneur!

QUESTION OF THE DAY: What is the one thing you dream of hiring The Bluefish to do for you? Let us know in the comments below!