395: Knowledge for Men, with Andrew Ferebee 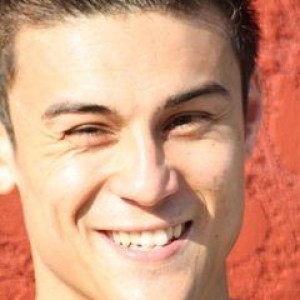 Andrew Ferebee stops by Studio 86 for a great chat about manhood, attracting the ideal mate, and entrepreneurship. He’s a 3-time best-selling author and has produced over 250 episodes with his Knowledge for Men brand, and he shares what he’s learned along the way today.

We had a blast of a chat, and you’ll be hearing from Andrew again soon! Til then sit back and enjoy episode 395 of The Solopreneur Hour.

More About Knowledge For Men

Andrew’s journey to starting Knowledge for Men began after a major romantic relationship ended; he was in a very painful place emotionally and sought knowledge about relationships. He read everything he could about women, dating and relationships; he learned as much as he could and then applied that knowledge in the dating world.

It took many years for that knowledge to pay off, and Knowledge for Men was one of the rewars. The site was originally a blog where Andrew posted about his own thoughts on self-discovery, pain, happiness, letting go of the past, dating, breakups and being lost in life.

After taking one job in particular post-college and going through a serious breakup Andrew decided it was time to go out on his own. He set up a plan, saved for six months and then quit his job. He spent the next six months traveling around the country attending seminars for men, dating workshops and every personal development program that interested him. And he wrote about his experiences on his Knowledge for Men blog.

Andrew wrote epic posts typically 2,000 words or more and published them every two weeks. The blog began to grow, gain traction and be shared. Some of his articles would get 10,000 shares on Facebook and Reddit, and all of them had over 250,000 views in just a few weeks after their publication.

And all of the content was free. He wasn’t even asking for email addresses! Andrew hadn’t given one thought to his monetization strategy, he didn’t even know what that meant. Soon he couldn’t keep up with content production so he tried his hand at YouTube videos. They fell flat.

Then his brother suggested he start a podcast. His brother was a big fan of Joe Rogan’s and thought Andrew could do the same thing with his own show. So Andrew got a mic, and got started. Today he readily admits he had no idea what was he doing at the beginning! But he got better over time and has done over 250 podcast interviews.

One of the key topics we delve into today is how to have a relationship if only one of you is a solopreneur or entrepreneur. Andrew says the key is to have the other person on board. Do they share your values and do they believe in what you are doing? If so there is always a way to make it work. And if they don’t it’s time to end things or stop them from going any further. Shared values are critical to the success of any relationship so make sure you’re both on the same page.

On today’s episode Andrew shares what to expect from his retreat, how to communicate in a way that allows a woman to be more feminine (even if she’s coming from her masculine side) and much more about dating, and relationships as a solopreneur! Listen in for some great insights from Andrew and me on episode 395 of The Solopreneur Hour.

QUESTION OF THE DAY: What has been your biggest dating or relationship lesson you’ve learned as a solopreneur? Let us know in the comments below!