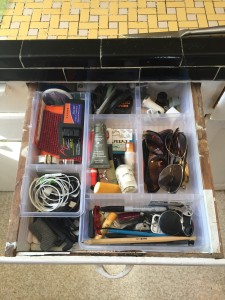 Howdy. In today’s episode of The Solopreneur Hour, I break down the who, what, when, where, why, how of social media.

I cover the ins and outs of Twitter, Facebook, Instagram, Pinterest, Anchor, Periscope, and Snapchat. I’ll also talk about where they came from, who should be using them, and techniques and tactics for success.  I hate to say it, but this show is pretty actionable.  Sue me!

Social media has become an integral part of any solopreneur’s business strategy. But there are diverse platforms out there today: which outlet does what and for whom? Which one is right for you?

To give you an accurate look at each of those on today’s episode I’ll explain the benefits of Twitter, Facebook, Pinterest, Snapchat, Periscope and Anchor plus the drawbacks of each. And remember the platform that is hot today can be replaced tomorrow (just look at Meerkat!) and the strategy that works today may be obsolete in 3 weeks. That’s the way of social media: it’s constantly changing and evolving so we have to change and evolve too.

I’ll start with Facebook. Today Facebook is great for groups and for your personal page: get people to know you, like you and trust you. It still works well for that. What Facebook no longer works well for is unpaid engagement. In 2009 I could post something and get far more engagement than I do today, and I have 5,000 friends today. In fact it is estimated that Facebook’s engagement is at 3% right now! That’s unpaid of course. If you pay you reach more people. That’s the way it works today.

Next up is Twitter. Twitter used to be the place to connect with anyone. If someone had a Twitter account odds were good if you @ mentioned them they would respond. Then spambots were on the scene and that no longer worked. You can still use Twitter for getting more eyeballs on your content if you choose the right hashtags (ritetag.com) but it’s not what it used to be.

Third is Pinterest. Pinterest is the place to be if you are an Etsy person or if your audience is into Etsy or anything else crafty. If you’re a mom or want to connect with moms Pinterest is a great way to do so. It’s also great for weddings and all things bridal, for photography, and for creating vision boards. If your audience is into any of those things that is your platform of choice. I experimented with Pinterest and didn’t get much results so my audience isn’t there. But again if yours is dive in and figure out how to connect with them.

Fourth is Instagram. Instagram has had the biggest transition of all of these platforms in the last two years. People have discovered how addicting it is to use it and last year it really blew up in terms of numbers and engagement. But the writing is on the wall: soon you’ll have to pay to play. It’s been bought by Facebook and it’ll go the way of Facebook too: paid engagement trumps all.

However Instagram is still a great place for coaches, trainers, fitness people and the like to reach their audience. There’s a trick to using hashtags on this platform that I explain in today’s episode, and it’s a great way to reach your target clients.

Fifth we have Periscope. Periscope is a live video stream app that burst onto the scene in March of 2015. One day everyone was Meerkating, the next they were on to Periscope. Guy Kawasaki started using Periscope the day it came out, and he announced it while I was interviewing him on stage at Social Media Marketing World. He never went back to Meerkat and pretty much everyone else followed suit.

Periscope is a fantastic tool for anyone with a physical service. Take for example one of our SoloLabbers, Miriam. She is a sensational organizer and can (and she does) use Periscope to show people how she organizes closets, desk drawers (she did mine in the photo on this page), etc. She can show people how she does this using Periscope and reach her target audience.

Sixth is Anchor. Anchor is brand spankin’ new as of the publication of this show. It’s an audio tool where you can record up to two minutes of audio. It’s called a Wave. Then you publish your Wave and people respond with their own Waves. It’s a great resource for writers (read a page or two of your new book every day and grow your audience!), for podcasters, for comedians, etc.

There’s no strategy to Anchor or our next topic: Snapchat. So jump into both and play around, it’s the Wild Wild West with both of these platforms right now!

And last but certainly not least is Snapchat. Snapchat is a tool to take pics and short videos you share with people. The trick? They expire after 24 hours (just like ‘Scopes do on Periscope). You can save your photos and videos for later use on other platforms, like our friend Joel Comm does.

On episode 396 of The Solopreneur Hour I talk about the three different strategies I see being used right now on Snapchat, why it’s even more critical to go to events now that you and the people you admire are on social media and much more! Yes this one is full of actionable content, but you’re going to thank me for it so tune in and enjoy.