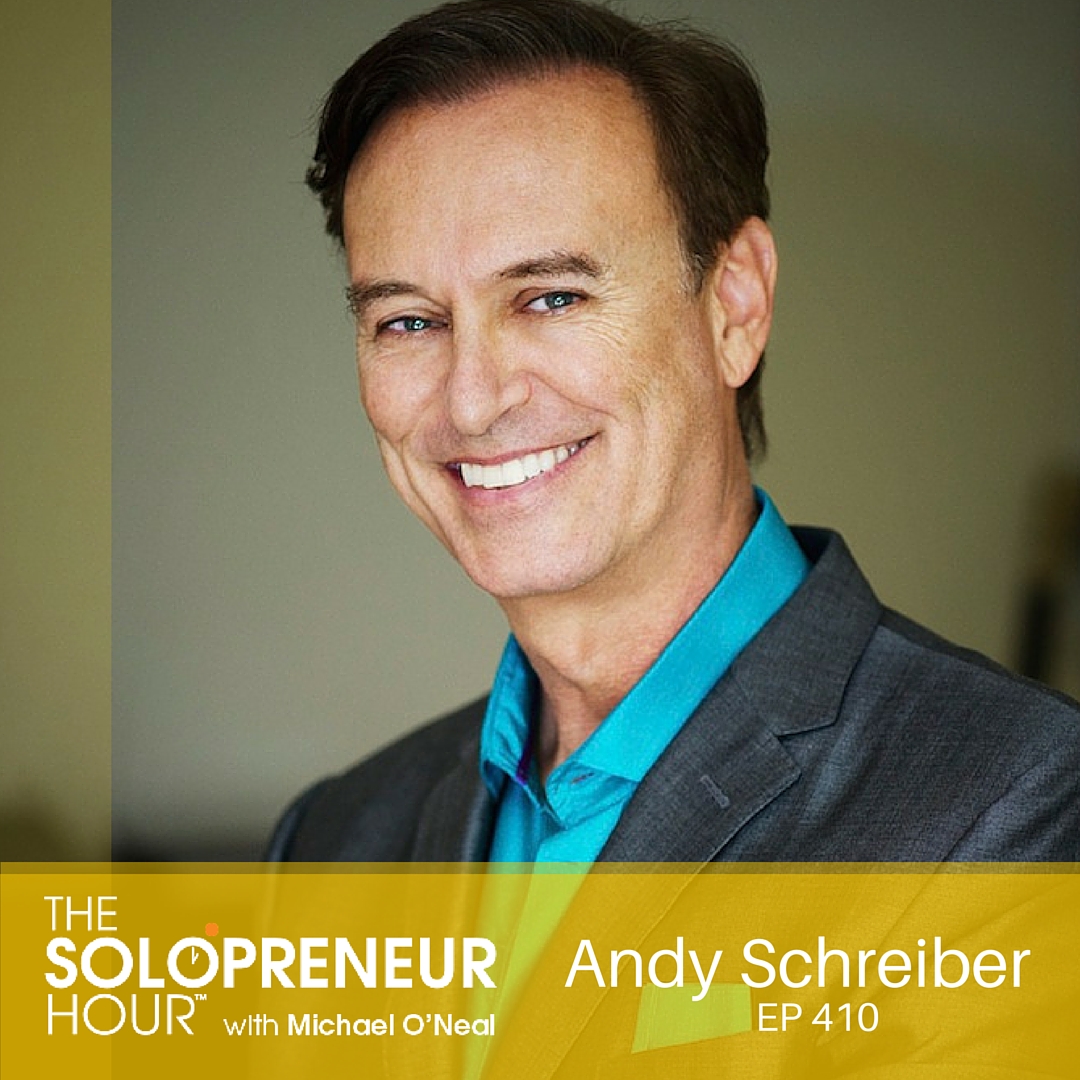 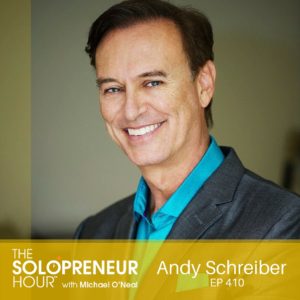 The right mindset is key to being a Solopreneur, to understand there is a constant learning process draws parallels to Musicians and Athletes where mentality, you’re never finished, the goal posts constantly change. Allowing you always to think creatively about what you do and evolve as you do them.

Today’s co-host on the Solopreneur Hour is a guy born and raised in LA and has spent over 25 years in the Marketing and Sales industry. Ten of which were at Playboy!

Andy Schreiber now is the Co-founder of Pure Vitamin Club with Vinnie Tortorich, a unique online business selling their proprietary brand of subscription multivitamins and every Wednesday you can hear Andy on the Vinnie Tortorich Celebrity Fitness Trainer Podcast

Normal is the chaos, Everything is figure-out-able.

From Falsies to Vitamins

After achieving his master degree in music, Andy worked part time for his dad and part time for another company. They soon offered him a full-time job. It wasn’t exciting to him or what he wanted to do but he had to do something and thought he can learn from this experience.

At first, he was doing marketing promotions for a movie theatre chain. He progressed into radio and TV ad sales, then from there he was lucky enough to get a job in international film and television programming sales, all spanning a 25-year career.

In 1991, Andy was working in radio and tv advertising for a syndication company. The companies biggest advertiser was US army. The first Gulf War was in mid flow and in times of war the armed services stop advertising, considered bad form when there is an active engagement going on. Two weeks before a big advertising campaign was due to go live, the US army pulled out and left the company in bad financial shape, so Andy got laid off.

Following unemployment, Andy joined a temp agency and got asked if he had any moral objections to working at Playboy’s international film and marketing distribution department. Andy jumped at the opportunity offered by the agency and soon pursued a permanent position within Playboy’s marketing department.

Andy had successful career at Playboy spanning ten years, his last position at the company was Vice President of Home Entertainment, selling the rights to all the different films Playboy produced.

Vinnie was trying to figure out how he would get his career launched out in LA and he knew that Andy was in Marketing so invited him to lunch one day to help him out and give him some ideas.

Over the years, they have both been looking to get into business together. They have started a couple of businesses that didn’t go anywhere. It wasn’t until the success of Vinnie’s book and Podcast did they both decide to go into the vitamin business.

Episode 410 was brought to you by Hostgator!