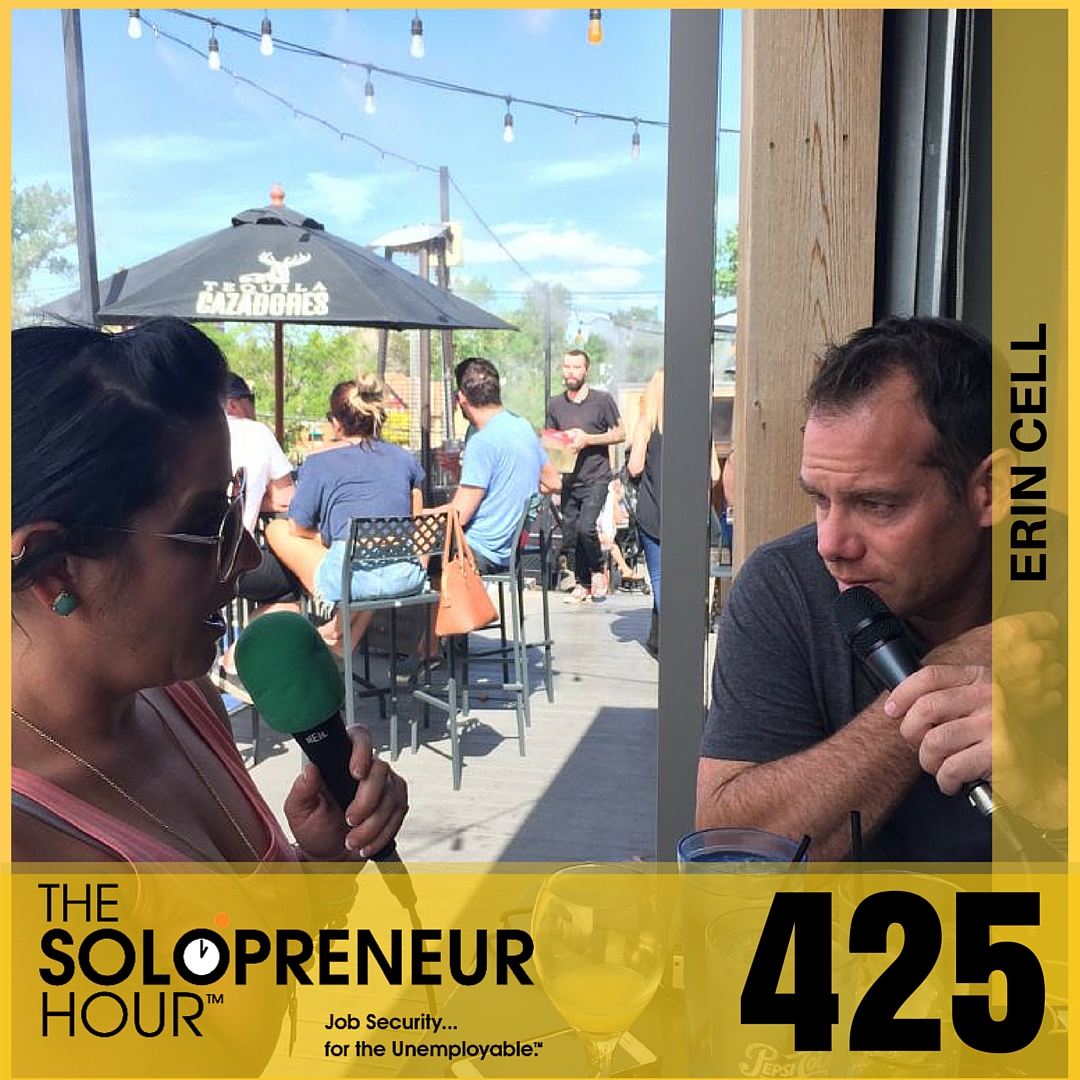 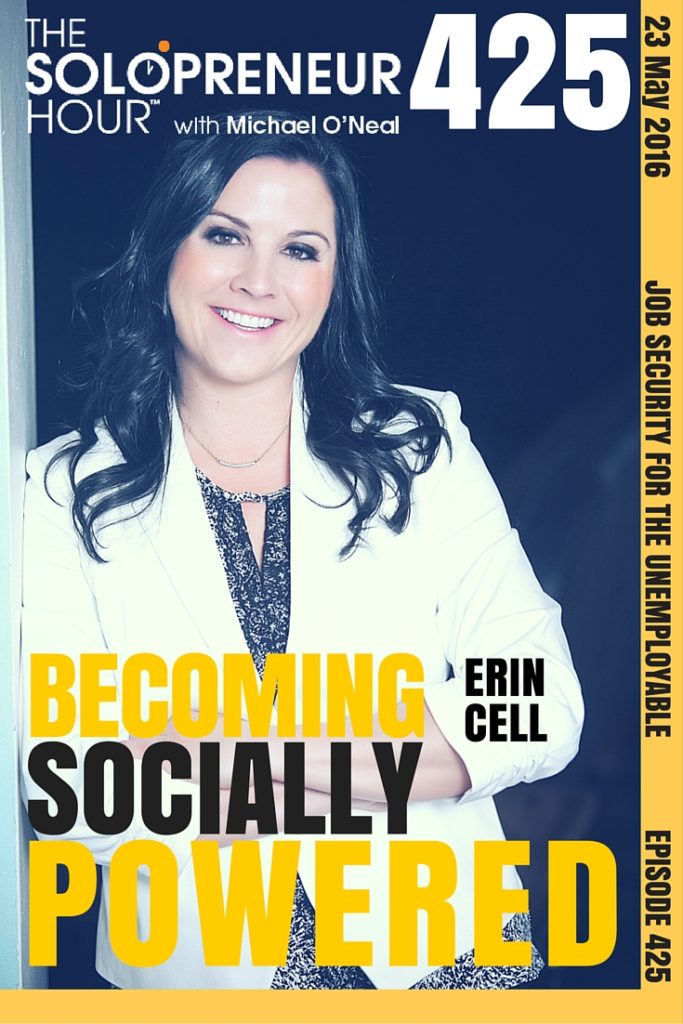 Live from Sunday Funday in Denver, I sit down with Erin Cell of sociallypowered.com.  She’s a high-end social media manager that came from the corporate world.  We talked about her transition from corporate to Solopreneur, her learning process, how to price herself, and what’s next in social media.

Erin was born and raised in Potwin, Topeka Kansas until the age of 22, now lives in Denver Colorado.

Her working life began in telecommunication, with AT&T and then Century Link but got laid off right after 9/11. Erin joined a temp agency, and her first gig was working for a commercial roofing manufacturer in their customer service department. This temp gig ended up lasting 12 years.

Erin started doing social media on a volunteer basis for an organization that was very close to her heart, Pancreatic Cancer Action Network. As Erin was thinking about to leave corporate America, a friend asked have you ever thought about doing this for businesses. She was already doing this for non-profit companies so why not help other business owners that don’t know what they are doing,

Erin now knew enough about the platforms to know what she was doing, and sufficient to help others who had no idea what to do, it took Erin five months to transition from her regular gig to working on her own.

Pick one platform and commit to posting about three posts per week. There is still this thing where people think they have to be on every platform available to them, which is not the case.

Certain platforms work well for specific industries for example Cake Decorators, Photographers, Hair Stylist you would need to be on visual platforms that showcase what you do like, the big one Instagram or Pinterest.

The biggest of all the platforms, Facebook, is positioning itself as a layer over the Internet, and is still the platform people should be using.

Using a combination of Facebook Groups and Facebook Live for your business and personal brand is the best way to grow your network, elevate your authority and lead generation.