429: How To Generate More Leads with Vince Reed 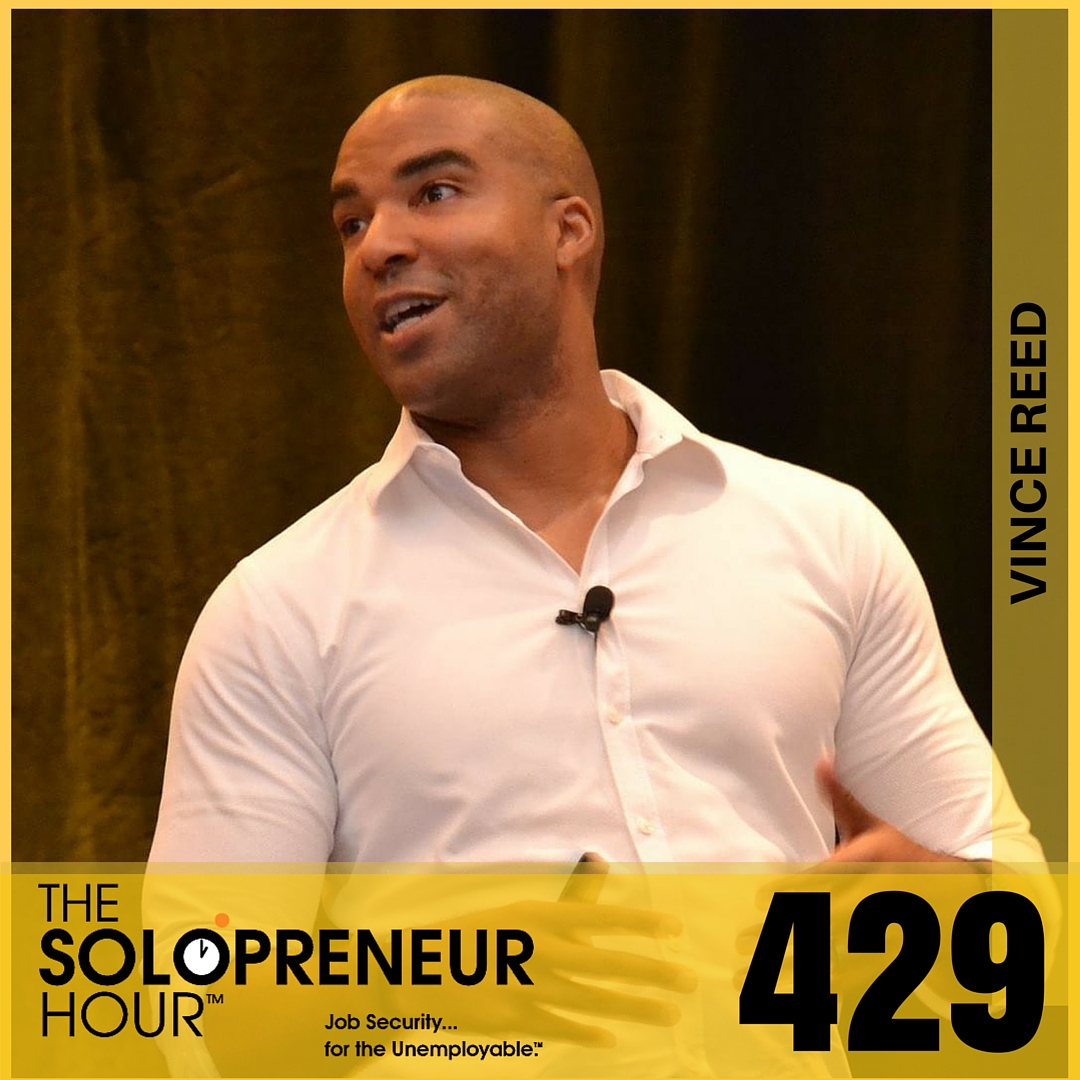 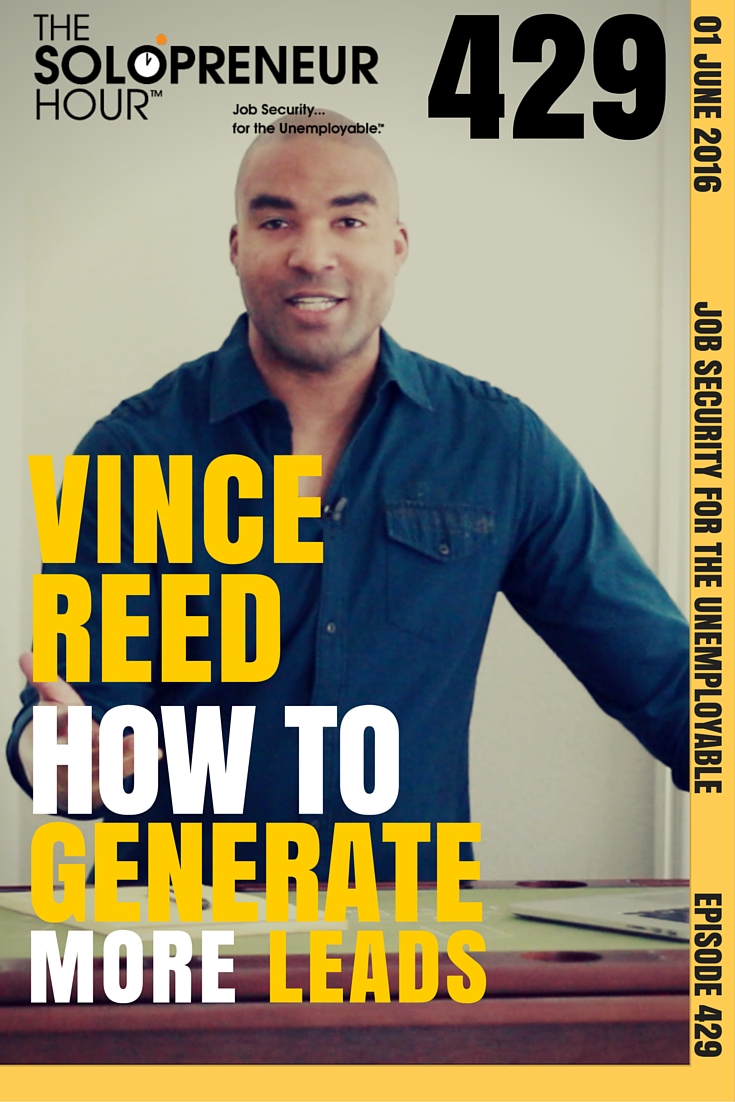 As Solopreneur’s, we have to reinvent constantly and invest in ourselves. Today’s co-host for Episode 429 is Vince Reed of InternetTrafficFactory.com, turned to the internet and an ad on Craiglist about making money with Google ads, after the real estate market crashed in 2007, he turned himself around and positioned himself as an invaluable resource on how to generate more leads for your business.

Vince grew up in Watts, Inner City LA living with his mother until he was eight years old.

He was getting in trouble too much, so had to move in with his Father, his behavior had been so bad he couldn’t even read in the first grade, Vince had to re-do first grade when he moved in with his Dad.

Watching his father’s work ethic and putting him in sports changed his attitude and behavior. Playing sports helped neutralize and decompress him, from all the violent things that were going on around him back in his old neighborhood in LA.

Vince played all different sports growing up but in ’98 got a full scholarship for Football at the University of Colorado in Bolder.

Vince never reached his full potential in Football. A few injuries and a lack of mental toughness stopped Vince from going pro.

He used to lie to himself saying “You never made it to the NFL because you got hurt” but that’s not what happened, He was skilled but mentally wasn’t there, used to cut corners with training, never pushed himself to do more. He was a gifted player but never took advantage of his gifts,

“I don’t want to say the same thing about my football career in my business.”

Generating Traffic and Leads in 2016

Understand the age we are in, we are in the social media boom, similar to the real estate boom, you have an opportunity to seize this moment. Ten years from now you are not going to have the ability to build communities and do what you do today via social media.
Vince doesn’t think there will be another opportunity to have the Opera effect.

How is Opera successful? She built an amazing community. She’s talked with a lot of successful people, and now she has such a high level of influence because she created a community. You have the ability to do that with social media.

[spp-tweet tweet=”Most people go a mile wide and an inch deep, you want to go an inch wide and a mile deep”]