432: Matthew Kimberley Is Funny, Smart, and Irreverent. And Now Solo. 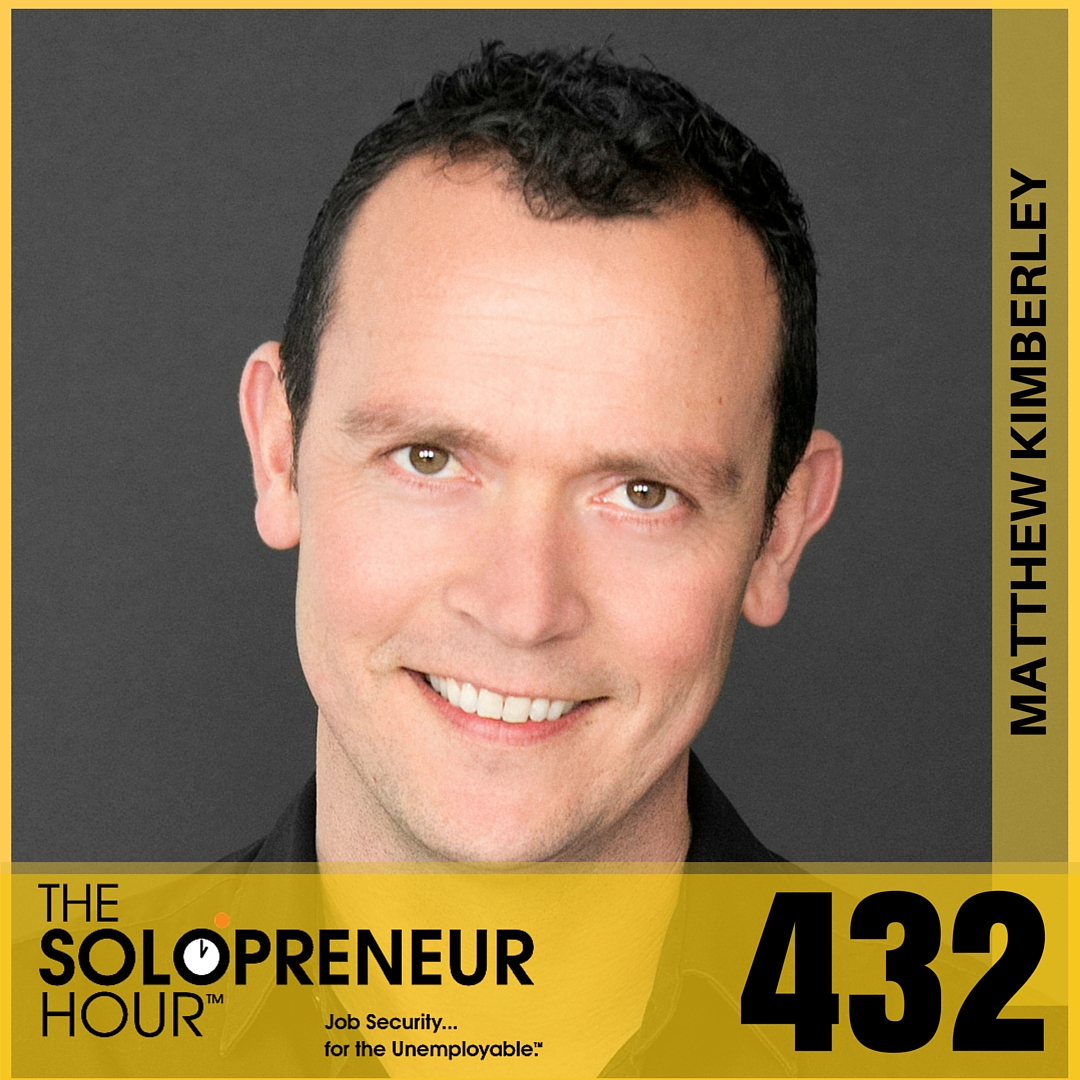 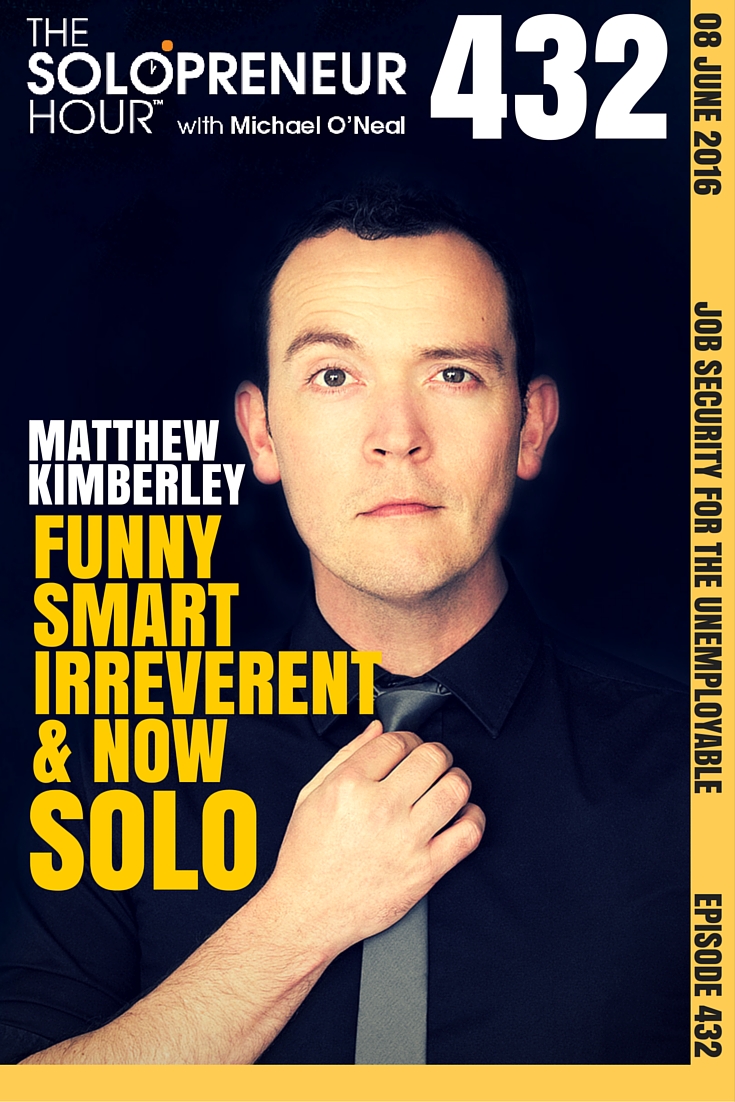 After years of being the right-hand man for Michael Port and the Book Yourself Solid Crew, Matthew Kimberley has ventured off on his own.  In this show, we chat about the decision-making process that led up to the move, how he spent his last year, finding “white space” in the marketplace, and generally being charming and handsome, which he is. As always, Matthew is fun, funny, and delightful

Matthew is the son of a priest and was shuttled from school to school depending on where his dad was called to service. So when the opportunity to attend boarding school opened up Matthew jumped at the chance to be in a settled location for awhile.

Although he took various jobs after boarding school, eventually Matthew found his way back to sales and into corporate sales. While in that industry he found Michael Port and joined his mailing list. He promptly ignored Michael’s emails until one day he didn’t! The opportunity to work in Michael’s team was there and Matthew went after it.
Matthew enrolled, became a graduate of the Book Yourself Solid school and now certifies other coaches in that same program. He’s the man behind the scenes there and loves what he does. Naturally he’s a gifted speaker himself and he brought the house down at Tropical Think Tank 2015!
Matthew started out in timeshare sales in Malta and then into the corporate sales world. One of his passions is the psychology of sales.

Two Decades In The Making

As well as speaking gigs Matthew will be launching his Professional Persuasion Program on how to get more people to buy stuff, in the training Matthew delivers live sales techniques using everyday objects.

This change is not just something he has just cooked up, this is two decades of reading, studying and doing. Honing his craft in sales.

Matthew believes the sales process gets easier when you get a 360-degree view of your customer, to do this you have to create an experience. He has developed a checklist and a guide to doing a sales offer right, it doesn’t matter if its a long form sales page on the internet, it doesn’t matter if its a piece of direct mail, speaking from the stage or negotiating over a period of a couple of years for multi-million dollar power station parts, the same principals apply,

These are the 16 Principles of Professional Persuasion: