574: How To Give Your Audience EXACTLY What They Want, with Ryan Levesque 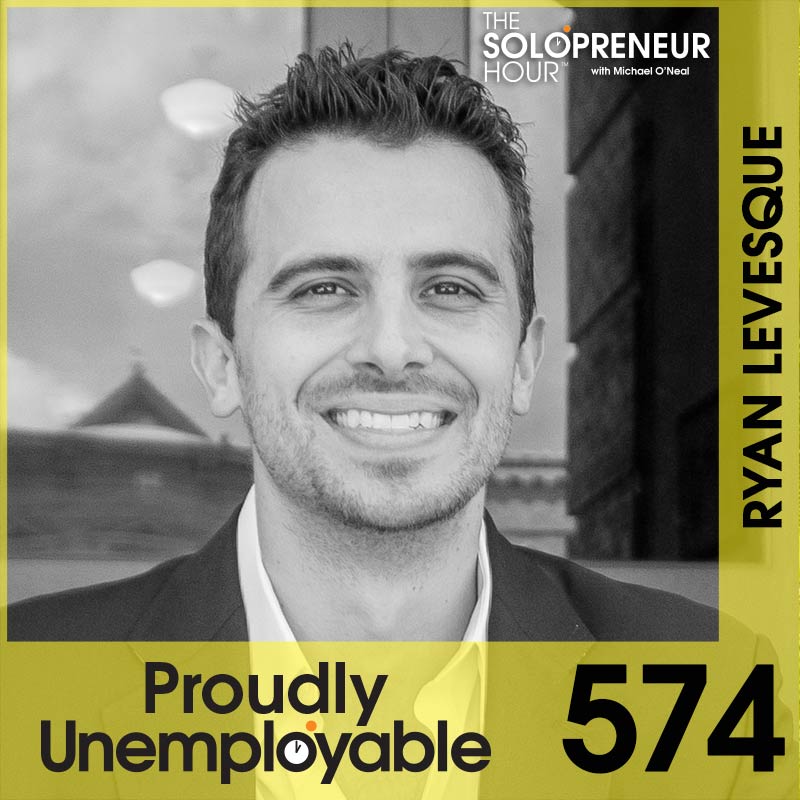 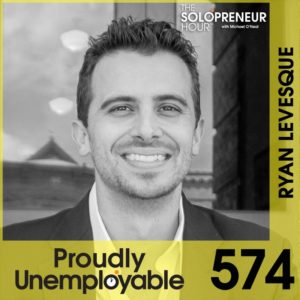 The author of the bestselling book “ASK” is on The Solopreneur Hour.

One of the most important aspects of any solopreneur’s business is connecting with their audience. Here to share the neuroscience secrets to doing so is Ryan Levesque.

Ryan is a former neuroscience instructor at Brown University, and has used his innate knowledge of psychology not only to help us improve our memory (which I desperately need), but also to help us dial in our sales funnels.

Hailing from the blue collar town Goffstown NH, Ryan Levesque was both a smart aleck and a smart kid. He got into heaps of trouble but always excelled at school. He was the valedictorian of his class and went on to Brown University, the first of his family to go on to college and earn a degree from an Ivy League university.

At Brown he studied Chinese and neuroscience. He was fascinated with the brain, how it worked and the effects Chinese medicine had on the mind. After graduation he opted to go to China and work, rather than pursue medical school. He didn’t have the “mental chops” for it and instead became a corporate executive in China working in the Asian financial markets.

It didn’t take longer than a few years for Ryan to realize this path wasn’t it either. So one day he wrote a letter, addressed to his mom but it was really written to himself, detailing what he felt and why. He concluded he had to leave his job while he still had a spark within to do so. And that’s what he did.

He moved to Hong Kong where his wife was earning her PhD and moved into a tiny apartment with her. He sold all of his belongings, except for whatever would fit into two suitcases. He bought a laptop for $450 and was on his way.

Before he had quit his job, Ryan had been studying online marketing so he dove fully into that world. He tried a few different angles and opportunities but nothing clicked. Not until he found Dr. Glenn Livingston that is.

Dr. Glenn had a system that he had applied and successfully used with Fortune 100 companies to grow their bottom line. It was a system that was much different than what others were teaching and Ryan took to it quickly, and soon found success using it as well.

That system is detailed in Ryan’s book Ask and he gives us a preview of it on this show. One specific example he provides is something called micro-commitments. Micro-commitments are a tool you use to build a rapport and make your audience feel safe giving you information. It offers an alternative to the usual route of asking for their contact information immediately, which Ryan says is akin to meeting someone in person and, after they ask you for advice, holding a gun to their head in exchange for your knowledge.

Rather than the gun-to-their-head approach so many solopreneurs and entrepreneurs take in their online presence, micro-commitments means you ask your audience a series of easy-to-answer, multiple choice questions. All the while letting them know their answers are helping you better direct them to their solution. This builds up momentum in terms of their action-taking abilities and also shows them you are there to solve their problems and offer solutions for their pain points.

On today’s show Ryan goes on to explain how to use another type of question to get to those pain points. He says by asking deep, open-ended questions you can understand your audience better than they understand their own needs. And when you do that they will see you as the person who can help them, whatever it is you are selling. He shares the psychology behind this technique, and so much more! Listen in to get the full scoop, you’re gonna love it.

Big thank you to Ryan for his time and thank you to YOU for being here. See you next time on The Solopreneur Hour.