580: Jordan Harbinger Interviews Michael O’Neal on The Art of Charm 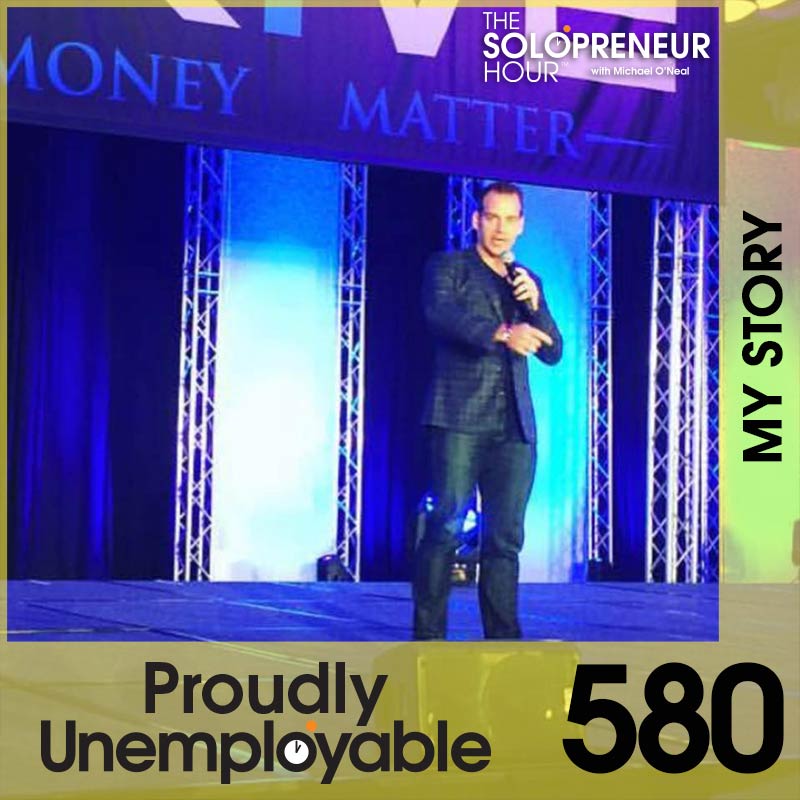 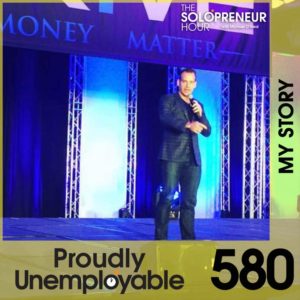 This is a special episode where returning champion Michael O’Neal was interviewed on The Art of Charm Podcast.  I thought it was a great representation of my story, and that Jordan did a stellar job interviewing me.  So, here’s the Solopreneur Hour with Michael O’Neal, starring Michael O’Neal.  And Jordan Harbinger.

Listen to The Art of Charm Podcast if you have any sense about you.

There are times in our lives when we face a challenge, an adversity so daunting we can only cope by going into survival mode. But with time, patience, the right attitude and the proper support, we can take those experiences and propel ourselves into lives we never even dreamed possible.

Here to share his own version of this is Michael O’Neal from The Solopreneur Hour podcast. In episode 310, we talk about how the loss of both of his parents in less than a year devastated and altered his life completely, how that experience led to his commitment to never trade time for dollars again, why it’s important to say yes and be open and how to get past the fear of creating a new business and lifestyle of your own.

In the very early days of the Internet, Michael O’Neal was one of those early adopters. He created and designed web sites and made a good living doing it. Eventually he left the office world and became a freelancer working for himself.

He was so good at what he did that he was courted by a Fortune 500 company. He didn’t need the job but talked to them anyway. After receiving a highly lucrative offer, one that was more than he asked for, he went to work for them. The beginning days were fun: kegs and foosball on Fridays but once the start-up was bought out all of that changed. Soon it was meetings and minutes. Within a year, Michael left with a healthy severance package.

About the same time, his father’s battle with congestive heart failure took a turn for the worse. Eventually his dad lost that battle and died. Seven months later, Michael’s mom passed away from a combination of a broken heart over the loss of her husband and a rare kidney disorder. Losing his father was incredibly sad, but not surprising as he had been battling for 4 years. But the passing of Michael’s mom was unexpected and heartbreaking.

Emotionally, Michael was devastated. Financially, he was devastated. His parents’ illnesses ate up his 401(k), he lost his home, his cars, his savings, all of it. It was a tremendous burden to bear and in his own words, he simply “muddled” through it.

It wasn’t until he was sitting on the couch of a billionaire friend over a year later that he realized he hadn’t mourned. He was simply in survival mode. His friend’s acknowledgment of this gave him the space to grieve.

Soon he set off on a journey to take his parents’ ashes to Europe and give them the trip he had always wanted to give them when they were alive. For four months he traveled and lived in Italy, Belgium, France among other places. And when he returned to the States, he was still dead broke but he was sure of one thing: never again would he be tied to a job or to clients to make a living.

He read a series of books, which he now calls the Sexy Six, that opened his eyes to a new way of living and doing business. He found a network marketing company he believed in, a company that became a new family for him and he quickly built a successful business with them through his own proven social media tactics.

From that success, he developed a course on social media to teach other network marketers and solopreneurs how to do the same. That course led to a gig producing the popular podcast, The Kick-Ass Life with David Wood.

And that podcast led to Michael’s own show, The Solopreneur Hour. Today he is the head honcho at The Solopreneur Hour, a podcast that produces a six-figure income for him and has grown to over 1.5 million downloads in its first year.  On the show, he interviews successful solopreneurs on what they did from the time they became unemployable to their present day success. I’ve appeared on the show as has Michael Gerber, Pat Flynn, Chris Ducker and numerous others.

Michael and I get into tons more valuable content on what it means to be a solopreneur, the steps he recommends someone take to get started and why taking action is so important. He was a great guest and I enjoyed having him on the show, I hope you dig this episode too.  Thanks for listening and we’ll see you next time.

If you enjoyed this session of the Art of Charm Podcast, let Michael know by clicking on the link below and sending him a quick shout out on Twitter:

The Eight Steps To Becoming A Successful Solopreneur