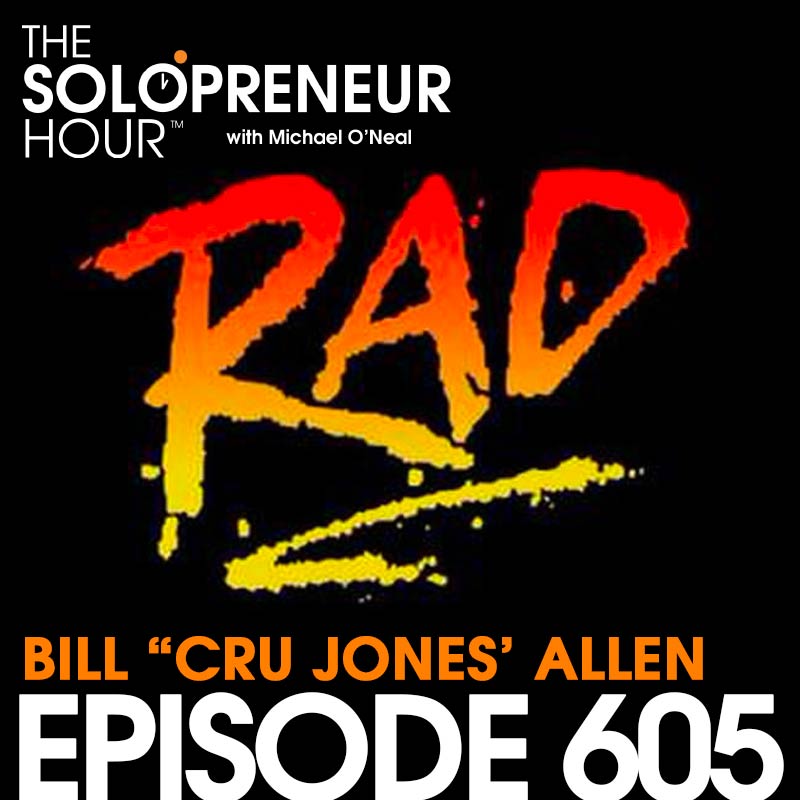 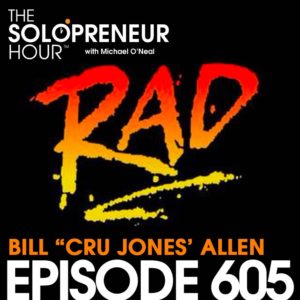 If you’re a dude in his 40’s, chances are, you probably rode a BMX bike as a kid.  Back in the 80’s, BMX and freestyle weren’t nearly as ubiquitous as they are today in 2017.  Getting big “media coverage” was a big deal.  The fact that they made a major motion picture about BMX in 1986 pretty much blew our minds.

Today, my 14 year old self would have been completely blown away, because the star of the film, Bill Allen (who played Cru Jones) , is the star of today’s show.

We dug into how he got started acting, which mega famous actor got his start the same time he did, how actors go through “seasons” of reinvention, how it doesn’t matter how far you make it…you’re unemployed after that current project ends, and much more.

Visit bill at http://myradcareer.com and pick up his book.  (it’s a great read!)

This episode brought to you by Hostgator.  Get 50% off your entire web hosting order by using the promo code Solo50 at checkout. http://hostgator.com/solohour