653: How To Build A Business from Your Hobby, w/ Melbourne Watch Co. Founder Sujain Krishnan – The Solopreneur Hour Podcast 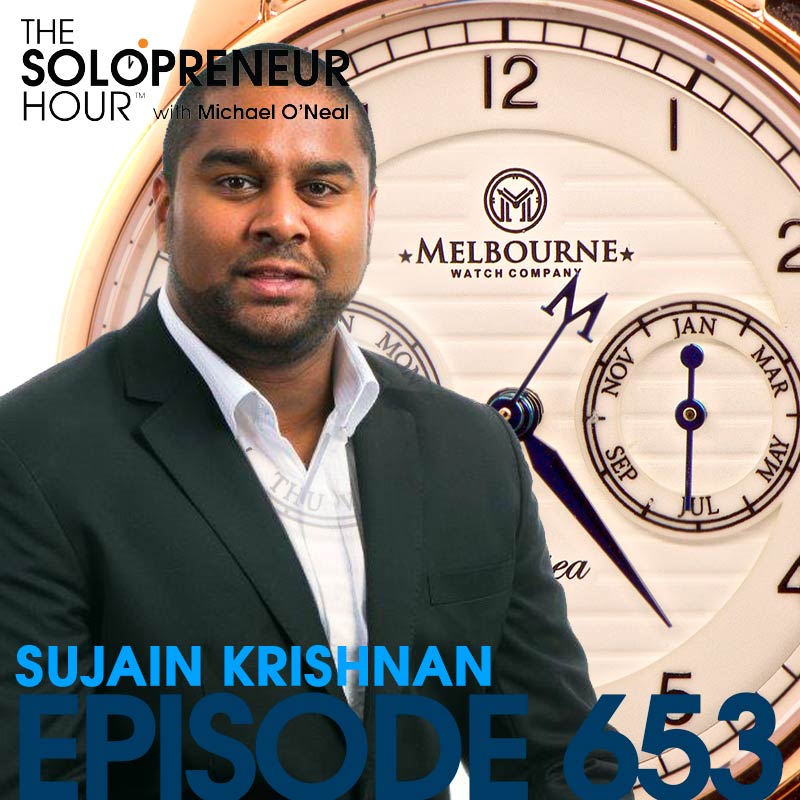 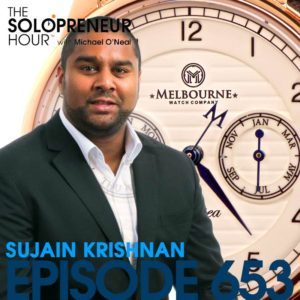 The concept of The Solopreneur Hour has always been to feature people that have made a business out of their hobbies and their skill sets. There’s no more evident example of that then today’s guest, Sujain Krishnan. Just a few short years ago, he went down the rabbit hole of collecting affordable automatic watches.
Watch collecting can be a hobby that is really fun and expensive. Somewhere along the way Sujain realized that his enthusiasm and entrepreneurial nature could combine, so he started making his own watches from freely available parts, and selling them on popular watch forums.
One thing led to another, and soon he realized that he wanted to take a shot at designing his own watch. Thus,  the Melbourne Watch Company was formed.
Today, they were nice enough to give me a tour of the Melbourne Watch Company, and Sujain was nice enough to sit down with me to tell his origin story. It’s a perfect example of taking your hobby and turning it into an amazing business. Hope you enjoy.
Check out The Melbourne Watch Company:
Website
Facebook
Instagram
Check out Hostgator and get 50% off your entire web hosting package! Use promo code “solo50”.  https://hostgator.com